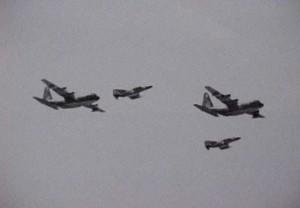 Two RF-4C Phantoms of the 14th TRS and two WC-130As of the 54th WRS in formation near Udorn RTAFB after the completion of the 500th Motorpool mission in 1968. 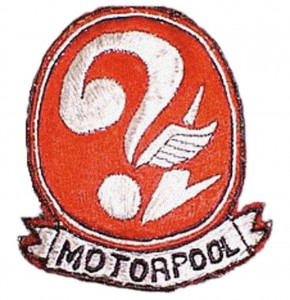 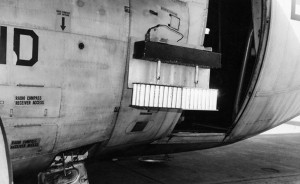 The cloud seeding kit mounted to the side of a WC-130A Hercules. Photo Credit: USAF 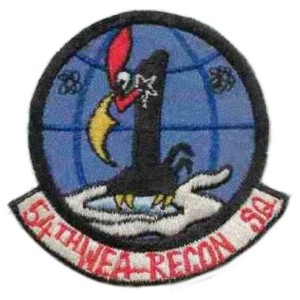 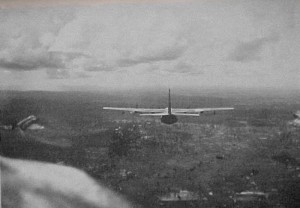 Two RF-4C Phantoms flank a WC-130A of the 54th Weather Reconnaissance Squadron on completion of the 500th Motorpool mission on July 31, 1968.

TO SEE MY eBOOKS AVAILABLE ON AMAZON CLICK ABOVE LINK.


I was an instructor in the RF-4C at Mt. Home AFB, in 1967, 1968 and 1969. During that time I had a “special” student. He was a weather officer. My job was to train him to observe and then take TACAN range and bearing readings. His mission was classified, but now I see that he was part of that Motorpool mission. Find those rain clouds and then seed them.

I am fanatical about military aviation, particularly the U.S. Air Force and British

Here in Brazil a company manufactured rockets to launch silver iodide to rain in times of drought in plantations in southern Brazil in the late 80s and 90s.
Great mission!!!
Congratulations!!!!!


Dear Sir,
My brother in law was Bill Mullins and was a Navigator involved in these missions. He said his Commander would ” bless them out ” for flying into the storms. But they couldn’t reveal their true mission. He only revealed his part shortly before his death in Oct 2019.
His widow was very excited to see your comment about the ” special student “. She wanted to know if it could have been Bill.
His dedication and service to our country is a story of a TRUE American Hero. And I am truly honored to respond on behalf of his memory.
Best regards
Mrs. Cindy Brewer


I flew missions with a CMSGT. Billy Mullins.at the 54th Weather Recon. Squadron from 70-72. Could he have been the same Mullins you refer too above?
John Currie