The Mystery of Argo 16

It was just an airplane, nothing more than that one might say.  Code-named Argo 16, it wasn’t even new, but rather a World War II era C-47 that had been converted into a day-to-day intelligence gathering airplane.  It worked for the Italian Government with CIA sponsorship, carrying various electronics and special systems that monitored regular military radar signals.  Even if most of these systems are still classified to this day, Argo 16 wasn’t anything special — it performed a routine, if essential side of intelligence gathering, watching over what was already known and looking for unexpected changes that usually never happened.  Yet on November 23, 1973, today in aviation history, Argo 16, with a crew of four, crashed into an industrial park near Venice — and the reasons why remain unclear even to this day. 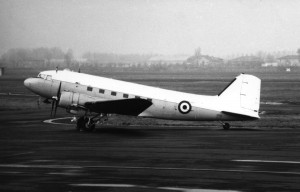 In the wake of the loss of Argo 16, investigators first claimed that the plane had crashed due to “pilot error”.  Later, a second investigation pointed to sabotage or a bombing (though the documentation remains classified within Italy as a state secret).  While terrorists could board civilian aircraft as passengers at regular commercial air terminals, however, Argo 16 was a military plane — it carried no passengers and no luggage.  As an intelligence platform, access to Argo 16 was restricted — even more so than to fighter jets or military transport planes parked on the ramps of military bases.  It carried secret electronics and specialized gear, its flight crews and maintenance personnel were not from the “normal” squadrons and units.  Given such circumstances, the thought of a bomb being smuggled on board was perplexing, if not outright impossible.

Still, the plane had been parked at Venice’s airport the night before the accident — so there was a possibility, though it seemed unlikely, that someone could have sabotaged it.  Yet since the movements of the plane were restricted, who could have planned and carried out such a thing?  And if there had been a bombing, then the perpetrators are still “out there”, so to speak.  More pointedly, in the closed world of the intelligence community, the term “out there” means actually “the enemy within” — or so the logic of the situation would seem to indicate. 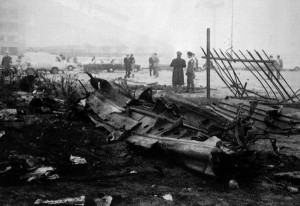 Wreckage from the crash of Argo 16.

As was later uncovered, the real mission of Argo 16 extended beyond its routine intelligence gathering missions.  For instance, Argo 16 had been used to repatriate a group of terrorists wanted in Israel back to Libya — done over Israel’s objection and as part of Italy’s dual policy of making friends on both sides of the conflict.  As a result, some Italian officials believe that the Mossad had “paid them back” by downing the plane as an act of revenge.  They related too that Israel was aware of the supposed “Moro Pact”, which in late 1973 was apparently secretly signed between Italy and the PLO.  The essence of the agreement was that Italy would repatriate any Palestinian terrorists that it might capture in exchange for a commitment by the PLO to not undertake any acts of terrorism on Italian territory.  These repatriations did take place and, as it turned out, the flights undertaken aboard Argo 16 itself.

Another possible cause relates to a CIA-sponsored Italian paramilitary program called Operation Gladio, harkening back to the Roman gladiators.  The modern day Gladiatori and Operation Gladio, however, were not for public spectacle.  These were men and women who were a trained, equipped and organized into secret partisan cells so as to fight a guerrilla war if ever Europe was overrun by the Soviet Union — they were the so-called “stay behinds”.  Since the 1950s, the men and women of Operation Gladio were recruited and trained in weapons handling, secret communications, demolitions and assassination.  The existence of Operation Gladio is matter of public record.  Here too Argo 16 played a role — it supported Operation Gladio, flying from base to base while carrying demolitions materiel, weapons and personnel. 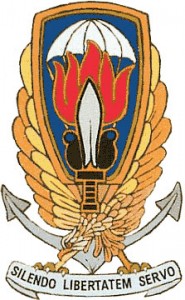 The reputed military unit symbol of the Gladiatori, presented for critical commentary purposes and for identification.

From the end of World War II in 1945 to the end of the Cold War in 1989/1990, however, Italy went through no less than 49 changes in government and leadership.  In the event, the Gladiatori apparently took on many of the aspects of a “secret society” within Italy and used political influence in unexpected ways.  It seems likely that early members of the Gladiatori later rose to positions of power in business, government and the military within Italy.  Some claim that the Gladiatori were closely associated with right wing extremist movements and were involved in anti-communist actions, including bombings and assassinations within Italy.  Whether or not that is true is a matter of debate, but without question, the Gladiatori had access and influence in unique ways to the halls of power.

In 1973, the same year as the crash of Argo 16, an effort was made to disband and disarm its members — and some of their number did not willingly comply.  Ultimately, it took 17 years to end the program, which was announced in 1990.  That same year, General Gerardo Serravalle — once the head of Operation Gladio (from 1971 to its final days in 1974) — went public in 1990 with a claim that the downing of Argo 16 was carried out by members of the Gladiatori themselves.  Gen. Serravale stated that in rejecting the order to turn in their weapons and explosives, the Gladiatori bombed Argo 16, thereby sending a violent message of refusal to Italy’s government.

The truth of what happened to Argo 16 may never be known as the matter is still kept secret within Italy’s government circles.  There will always be those who are prone to believe in conspiracy theories, yet conspiracies are most usually imagined.  Perhaps it was pilot error after all.  If not, however, Dan Brown and his Da Vinci Code books look like amateur hour when compared to the real thing.