One hundred years ago in aviation history, on this date, British aviators were reading about the latest prize offerings from the Daily Mail, a newspaper in London that had been sponsoring the advancement of aviation since its first days.  Widely distributed, the newspaper had deep pockets and, in exchange for sponsoring the prizes — which were often quite rich — it received excellent publicity and increases to its own sales and subscribers.  Indeed, one can only wonder what early aviation might have been like without the incentives of the Daily Mail prizes to spur on the young and old alike to press the limits of flight.

Just how many such prizes were there?  Quite a few, it turns out.  And the two new prizes offered a century ago were serious challenges; in fact, one challenged the entire world to make the first flight across the Atlantic Ocean — and the year was 1913! 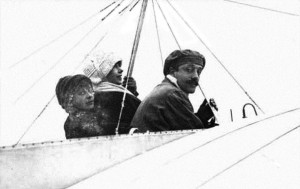 ONCE more the proprietors of the Daily Mail have come forward and offered two generous prizes with the object of stimulating progress in the development of aviation, with which we deal elsewhere editorially.

The first prize is the sum of £5,000 to the first person who shall pilot a waterplane of entirely British invention and construction round England, Scotland, and Wales — and, so far as Ireland is concerned, within one mile of Kingstown Harbour — in seventy-two continuous hours, starting and finishing at a point to be agreed upon near the mouth of the Thames.  The full regulations which will be drawn up with the assistance of the Royal Aero Club have not yet been decided upon, but it will be specified that certain parts of the machine shall be marked and that the machine must not descend on land at any point, although it may, of course, stop in harbours for the replenishment of its fuel supplies, &c.

The second prize is £10,000 to the first person who crosses the Atlantic from any point in the United States, Canada, or Newfoundland to any point in Great Britain or Ireland in seventy-two continuous hours.  The flight may lie made, of course, either way across the Atlantic.  This prize is open to pilots of any nationality, and machines of foreign or British construction.

Immediately, the Daily Mail received its first notifications from pilots intending to compete for the two new prizes — and these were reported as follows:

The Daily Mail announces that the first entries for both prizes are those of Messrs. Blériot, Ltd., and Col. Cody, while Mr. Gordon England and Herr Rumpler have also entered for the Atlantic prize, and Mr. J. Radley and Mr. G. L. Temple for the Round Britain prize. 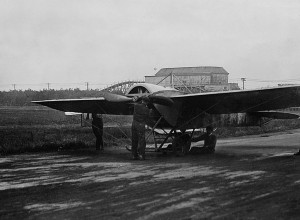 In the same announcement, the writers found it fitting to list the previously awarded Daily Mail Prizes, which serve as an excellent historic record of some of the greatest achievements in aviation history — at least until April 9, 1913, that is:

IN this connection the following summary of the prizes offered by the Daily Mail is not without interest: 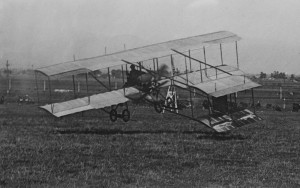 Louis Paulhan takes off in his Farman III aeroplane during the Dominguez International Air Meet at Los Angeles, California, held during January 10-20, 1910. Source: Library of Congress

Looking Back and Looking Ahead

The list above constitutes a virtual “who’s who” of early aviation’s greatest flyers.  Many other names are not on the list, but that wasn’t for a lack of trying.  Even if some names on the list may be less known, the men (no women on the list at that point!) were nonetheless widely respected in that time.  Looking back, all of aviation owes the Daily Mail a debt of gratitude for offering so many prizes and issuing those key challenges that set in motion more rapid advancements in all aspects, whether in aircraft design, piloting or even model building!

Today, a new generation of prize offerings have emerged, patterned on the famous Daily Mail challenges of 100 years ago.  Once again, these prizes are offered to foster technological advances, though this time the challenge is to go into space and to the Moon.  While it may have taken NASA just a bit less than a decade to put a man on the Moon the first time, it is likely that within about the same time private entrepreneurs and scientists will return to once again plant the flag.

Just how far will it go?  We can only wonder if 50 years hence someone will offer a prize of $10 million for the first spacecraft to land on the surface of Pluto and beam back pictures….

What other newspapers offered prizes in those early years of aviation history?