By extraordinary luck, that one SA-2 missile fired by Voronov’s SA-2 missile battery tracked true.  It exploded in the wake of the American U-2C spy plane.  The blast force tore the fragile wings from the fuselage and the stricken plane began a spinning descent toward the ground below.  In the cockpit, the CIA’s best, most experienced pilot, Francis Gary Powers, found himself pinned against the instrument panel, watching the ground spinning around outside the cockpit.  He couldn’t free himself to bail out.  He had no idea what had happened either.  He knew all too well, however, that it would be impossible to recover his U-2 from its spin.  His only thought was to bail out.

As the Soviet operators watched on their radar scopes, the dot that was the American plane began to shimmer and blink — only later would they recognize that this was the result of the falling pieces of the plane as the tumbling caused the radar signals to be reflected from different angles.  The radar operators in the sector called out the descending altitudes, expecting that the one missile that had been fired had missed the American plane.  Their interpretation of the signal was that the plane had started evasive maneuvers, diving to a lower altitude as it released chaff.  They also concluded that the plane had turned on some sort of jamming system that made the target shimmer and blink on and off on their screens.  At another SAM site, another three missiles were fired at the target which, having come lower, was now in range.

In the meantime, two flights of two MiG-19 fighters were launched into the air.  The pilots in those squadrons hadn’t been on holiday and were able to get to their planes and take off.  The MiG-19, however, couldn’t hope to reach the normal altitude of the American plane, but now, with reports over the GCI of the descent of the American, they could accomplish their mission.  As they climbed upward, they were given vectors to the target and ordered to engage.

One of the three missiles fired exploded near the tumbling fuselage of the U-2 spy plane.  The force of that blast threw Francis Gary Powers backward in his seat, luckily freeing him from his earlier position pinned to the instrument panel.  Scrambling, he climbed out of the cockpit and attempted to leap clear of the falling wreckage.  In the rush to get out, however, he had failed to disconnect his oxygen hose.  The hose held firm as he was whipped against the side of his spinning plane’s fuselage.  Buffeted by the wind as he fell, he tried desperately to free himself.  Finally, the oxygen hose broke and he was thrown clear.  Once at a lower altitude, his parachute automatically deployed.  He began the long descent into the heart of the Soviet Union — a descent that would end in capture.  He and the remains of his airplane came down near Degtyarka, just west of Sverdlovsk.

On the ground, the Soviets had no idea that they had been successful and that Francis Gary Powers’ U-2 had already been shot down.  As the first pair of MiG-19s approached the rapidly descending radar contact (the falling debris), the pilots found no target to intercept.  One of the pair of the planes, Capt. Boris Ayvazyan, with his wingman, Senior Lt. Sergei Safronov, spotted some pieces of something in the distance as they flew past a nearly mach speed.  They presumed what they had seen to be chaff or some other device dropped from the American plane to fool the ground-based radar systems.  They watched too as yet another pair of SA-2 missiles exploded harmlessly in the sky above, far in the distance.

Shortly afterward, the GCI officers were reporting that the American plane was speeding away at lower altitude — and that now it was two airplanes.  Confusing reports clouded the radio frequency and the GCI ordered the second pair of MiGs to intercept.  As it turned out, the second pair of MiGs were tracking the first two MiGs that had just flown by the descending radar return of the stricken U-2.  In the meantime, phantom radar reports began to crop up as excited operators called out anything they saw on their scopes.  The operators were stunned that the American plane seemingly appeared and disappeared as if at random.  In fact, they were fooled by their own system and false, transient signals.  In the excitement, they fired missile after missile at the phantom targets, hoping to score a hit.

As all this was happening, the second pair of MiG pilots realized that they were being vectored to intercept the first pair — all four planes were from the same squadron.  Choosing to not disobey orders, they followed GCI instructions anyway, reporting as they went that no “enemy planes” were seen.  Finally, low on fuel, the two pairs of MiGs were ordered back to their base.  As Capt. Ayvazyan approached his base, he rolled his MiG upside and “hotdogged” it down in a split-S to show off.  His wingman, Senior. Lt. Safronov, chose to do a normal approach, as per orders.  As it happened, that would be a bad choice.  It was the Soviets’ last mistake of the day.

An SA-2 missile site, seeing the two “American planes” flying at a lower altitude, watched as one of them disappeared — Capt. Ayvazyan’s split-S resulted in his radar reflection dropping off their scopes.  While both airplanes were equipped with IFF, which should have let the SA-2 operators know that they were Soviet, in fact the ground crews at their base had not entered the new IFF codes for the month of May yet — it was a holiday after all — and thus, the that planes showed up on the radar scopes registered as hostile.  With a single target clearly identified, the commander of the SA-2 site ordered the launch of yet another volley of missiles.  This time, amidst cheering and calls over the radio to report their success, they scored a perfect hit.  Unknowingly, they had just downed the MiG-19 flown by Senior Lt. Safronov.

In the entire engagement, the Soviets had fired a total of 14 SA-2 missiles — all but that one first missile fired by Voronov were targeted at phantoms or friendly planes.  Capt. Mentyukov would land his Su-9 interceptor and climb down to live another day — he would see the birth of his baby in the months afterward.  Capt. Ayvazyan would land as well, reporting that he had observed the SA-2 hit the plane flown by Senior Lt. Safronov.  As for Safronov, he would bail out but would perish from the injuries sustained from the missile impact.

After things settled down, search teams were deployed to find the debris from the American plane and locate its pilot.  As it happened, Francis Gary Powers had been picked up by some common Soviet citizens, rural farmers who mistook him for a Bulgarian pilot.  When Marshal Biryuzov heard about the fiasco, 14 missiles fired, the failed interception by an unprepared pilot in an unarmed plane, the shooting down of a Soviet MiG in a “friendly fire” incident, he knew immediately that the success achieved would be drowned out the news of the air defense disaster that had taken place.

In typical Soviet style, he had the answer.  Thus, Marshal Biryuzov dictated for the record that the events of that day had never happened.  Instead, he relayed for all to hear and understand that what “had happened” was to be recorded in another way, a way that would make everyone a hero.  The record of what he said is preserved and was written up years later by the son of Nikita Khrushchev, though at the time, it was buried deeply and hidden.  This is what we now know that Marshal Biryuzov had ordered as a cover-up, rewriting history for the benefit of all involved and, perhaps most of all, for himself:

“This is what happened.  The intruder only brushed the edge of the missile range.  We expected that and sent a T-3 (Su-9 Fishpot) to intercept it.  No — better a pair of T-3s.  There were two of them.  They had already reached the target when it entered missile range.  At its extreme limit.  It was decided to launch.  The interceptor was ordered to leave the firing area, but only shouted in reply:  ‘I am attacking.’  Two missiles were launched, as called for. The planes were so close together that they could not be distinguished from the ground.  Signals on the radar merged.  Therefore one missile hit the spy plane, while the other one went after our plane.  Unfortunately, it also hit the target.  What was the lieutenant’s name….  Yes, the Lieutenant died a hero.  And that’s the end of the story.”

As it happened, Marshal Biryuzov’s story suited everyone up and down the chain of command.  The Soviet Premier never found out the real events of that day.  It was a great victory, after all, and the American spy plane had been downed.  As for Senior Lt. Safronov, posthumously, he was awarded a medal as a “Hero of the Soviet Union.”

As for the rest, about the trial of Francis Gary Powers, his eventual release, and the CIA’s answer to the U-2 downing — that is another story. 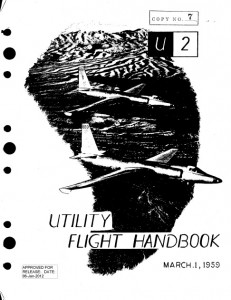