In the early stages of World War II, before the United States entered the conflict, Nazi Germany was on the march for world domination.  Czechoslovakia fell, then Poland, which was shared with the Soviet Union through the Molotov-Ribbentrop Pact.  In September 1939, Britain and France had declared war on Germany, followed quickly by Australia, New Zealand and Canada.  In November, the Soviets invaded Finland and, after four months of winter combat, Finland and the Soviet Union signed a peace treaty.  On May 10, 1940, Germany invaded Belgium, Luxembourg, the Netherlands and — critically — France.  Weeks later, the British withdrew from Dunkirk as German armor rolled toward Paris. 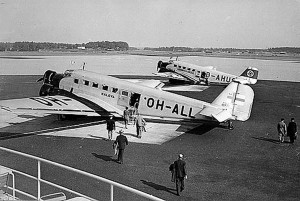 The Kaleva at Malmi Airport in Finland, a short while prior to the shootdown — note the Nazi Ju 52 in the background.

In the confusion of the developing war, the Soviets made their move to take Estonia.  As their troops moved on the capital of Tallinn, the full Soviet plan for the Baltic states had fallen into American hands.  Those papers, along with the American Embassy code books and other secret documents, were assembled into a diplomatic pouch for immediate transportation out of the country.  A special courier named Henry W. Antheil, Jr., made an urgent trip on the last scheduled neutral Finnish commercial flight to Tallinn, a Junkers Ju 52/3m airliner with Aero O/Y called the “Kaleva” (registration OH-ALL), where other diplomats boarded the Kaleva to join the exodus.  Hurriedly, the plane took the runway and lifted off.  Yet the Soviets had learned also that their plans for the Baltic had leaked.

With the blockade in full effect, they had no intention of allowing the airliner to make it back to Helsinki.  As the Kaleva took off, two Soviet Ilyushin DB-3T bombers sped toward Tallinn to intercept the neutral plane — and so, the chase was on. 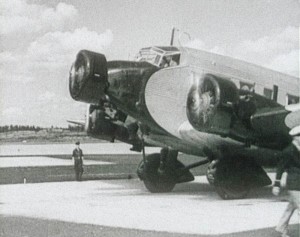 Not far from Keri Lighthouse off the coast of Estonia, within sight of several Estonian fishing vessels, the two Soviet DB-3T aircraft located and identified the slower flying Kaleva.  The Finnish airliner was unarmored and unarmed.  It was a sitting duck, unable to outrace the Soviet aircraft.  In all nine passengers were aboard, including two crew.  The Kaleva had been airborne for less than ten minutes when the Soviet planes sped in for the kill.

The two Ilyushin DB-3T bombers, even if they were not proper pursuit planes, were fast and well-armed.  Machine guns bristled from the nose and sides.  The Soviet crews proceeded with deadly efficiency.  Once alongside the Kaleva, they opened fire and raked the plane with extensive fire.  Just two or three kilometers northeast of the Keri lighthouse, the Kaleva exploded and crashed into the water at 2:05 pm on June 14, 1940 — today in aviation history.  Everyone on board was killed.  The Finnish flight crew included Captain Bo von Villebrande and Tauno Launis, the radio operator.  Passengers included Henry Antheil, two German businessmen (Herr Rudolf Cöllen and Herr Friedrich-Wilhelm Offermann), two French diplomatic couriers (M. Frederic Marty and M. Paul Longuet) with over 250 pounds of diplomatic messages, a Swede (Max Hettinger) and an Estonian (Gunvor Maria Luts). 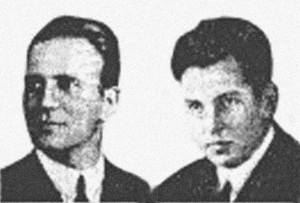 Just minutes later, a Soviet submarine (Shch-301) surfaced and sped toward the crash site.  It was almost as if they were on a mission, even if another explanation might be that the submarine was simply coincidentally nearby while enforcing the naval blockade.  As the submarine approached, the captain found that a number of Estonian fishing boats had responded to try and recover survivors.  When the submarine arrived, the Soviet crewmen threatened the Estonian fishermen and forced them to turn over whatever they had retrieved from the water.  Indeed, the fishermen had even found the American diplomatic pouch.  As these items were confiscated, the Soviet submarine crew spotted a lone Finnish fighter plane — a Brewster Buffalo — approaching from the north.  Quickly, they pulled down their colors, hiding the nationality of the submarine.  The arriving plane, flown by the Finnish fighter pilot Ilmari Juutilainen, made three orbits before heading back to Finland to report what had been seen.  There were no survivors.

A Soviet Ilyushin DB-3T bomber, probably identical to the two that shot down the Kaleva.

Aftermath of the Shoot Down

At first, the shoot down was characterized as an accident.  The Associated Press released a story entitled, “Finnish Air Crash Kills U.S. Diplomat”.  Similarly, Time Magazine published a notice in its June 24, 1940 issue that contained the brief report:  “Died. Henry W. Antheil Jr., 27, attaché of the U. S. Legation at Helsinki, younger brother of noted Composer George Antheil; when the Finnish airliner in which he was flying from Tallinn, Estonia to Helsinki mysteriously exploded in mid-air and plunged into the Gulf of Finland.”

The Finnish government, however, knew better than to characterize the loss as being from a mysterious explosion.  Yet cautious of upsetting the peace pact with the Soviets that had only just been signed in March, they kept the truth of what they knew quiet for a time.  A few months later, when the peace pact with the Soviets ended and the war in Finland recommenced, there was no reason to hide the truth any longer.  Summarily, the Finnish government released the full details of what they knew about the downing of the Kaleva.  Bluntly, they confirmed that the Kaleva had been shot down by the Soviet Union.  However, the remaining details of the events of that day were lost for the next five decades. 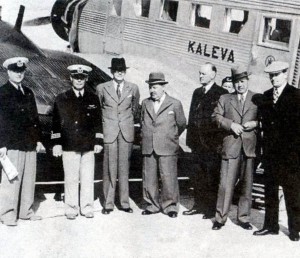 Passengers and crew of the Kaleva on an earlier flight.

Finally, with the fall of the Soviet Union and freedom coming to the Baltic nations, the case of the Kaleva was finally reopened.  While two different eyewitness accounts to the downing were documented, revealing exactly how and where the shoot down had taken place, the full reasons for the attack were never confirmed.  Had the Soviets truly known that the Kaleva carried an intelligence bonanza, their entire plans for the Baltic occupation?  Or had the Soviets simply decided to shoot down and destroy the Kaleva in the first days of the blockade to prove the point and finally isolate Estonia completely?

While the motivation of the Soviet Union remains elusive, the very act of attacking a neutral nation’s airliner is extremely strange.  Further, once the plane was downed, a Soviet submarine was quick to arrive on scene and retrieve the diplomatic bags and papers.  Finally, the Soviets seemed to have knowledge of the Kaleva missions, even if confirmation remains elusive.  Ultimately, the Kaleva matter may just be a case of too many coincidences.  The circumstantial evidence is compelling — yet in the end, the loss of a handful of diplomats pales next to the larger story that developed afterward when the Baltic nations of Latvia, Lithuania and Estonia suffered so badly under the next five decades of Soviet rule.

Finally, yet one other theory has emerged from research at the Soviet archives — that is that Stalin ordered the killing of the head of Estonia at that time and, fearing that he was escaping on board the Kaleva, ordered it be shot down.  Ultimately, will we ever know? 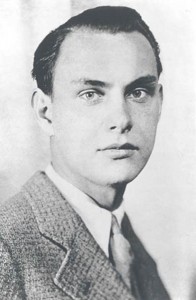 Henry W. Antheil, Jr., American courier with the US Department of State who, among others, tragically lost his life on the Kaleva.

In 2004, the US Department of State placed a gold star was placed in the memory of Henry W. Antheil, Jr., on the Wall of Honor at 23rd and C Streets, NW, Washington, DC.  It was a long time coming, but Henry Antheil’s sacrifice for the nation was finally and properly honored — as it should have been from the start.  The final story of the Kaleva has yet to be written — the wreck of the plane remains out there, just a few kilometers from the Keri lighthouse, awaiting recovery, perhaps with the bone of the nine men lost that day still inside.  On the other hand, it is also possible that the Soviets quietly recovered and destroyed the wreckage of the Kaleva during or after the war — what better way, after all, to cover up the attack.

The Catalina Affair — Almost to the day 12 years after the downing of the Kaleva, a pair of Swedish aircraft were brutally attacked by Soviet MiG-15 jet fighters.


Interesting enough, the Wikipedia version of the Kaleva shooting incident does not mention those Soviet plans on board this aircraft. Your info is more accurate and complete.
Dirk Septer