The inaugural Women’s Air Derby was part of the 1929 National Air Races. In the race, women pilots were not allowed to use navigational instruments and instead had to fly by reference to commercial road maps alone (air charts were disallowed as being too complex). Likewise, to help promote safety, the women were not allowed to fly at night. Additionally, their aircraft had to use engines with horsepower ratings “appropriate” to women’s abilities (whatever that meant). Fittingly, the women entrants included several pioneering cross country flyers who were forced to ignore their usual navigation instruments for the duration of the race, one who held a record for the first all night flight achieved while setting a 17 hour endurance record, and another who left her usual airplane in the hangar to race a smaller one with a “more ladylike” horsepower rating. Despite the rules, the next nine days of air racing would capture the attention of the nation and, soon after its end, result in the founding of one of aviation’s greatest organizations, the Ninety-Nines. Yet racing remained a dangerous sport and one of their number would perish in a crash on the way.

Sunday, August 18, 1929, dawned with perfect flying weather in California.  The race ahead would span the distance from Santa Monica, where the race would begin, to Cleveland Municipal Airport in Ohio.  Stops were planned along the way for rest and media attention.  Strangely, the route of the race was still evolving right up to the last days before the race.  Demonstrating the intense public interest in the women’s race, many cities that were generally along the route contacted the race sponsors and begged (usually with a lot of money thrown in for good measure) to have the course adjusted to add their city as one of the stops — naturally, the sponsors were willing to adjust the path, resulting in a zig-zagging route across the nation that exceeded the distance of a straight coast-to-coast flight.

At least the weird rules and inequalities applied equally to all of the women competitors.  In all, twenty pioneering aviatrices gathered in Santa Monica on race day.  Among them were some of the greatest names in aviation at the time, such as Amelia Earhart, a media favorite whose reputation had been forged as the first women to fly across the Atlantic (albeit as a passenger) the year before.  Cigar-smoking Florence “Pancho” Barnes was also there, the only one in the line up of “beautiful girls” dressed in chaps, boots and a leather flying jacket.  Others included world record holder Louise Thaden (setting records in altitude and endurance for women), Phoebe Omlie, the first woman to earn a transport pilot’s certificate (who also was the first to earn a mechanic’s license), and Alaskan pioneering pilot Marvel Crosson.

The field of competitors also included famous night and endurance flyer Evelyn “Bobbi” Trout, cross-country pilot Ruth Nichols, known as the “Flying Debutante”, German aerobatic competitor Thea Rasche, Australian pilot Jessie Maude “Chubbie” Miller, one of the first women to fly from England to Australia (albeit as a passenger in 1927), actress Ruth Elder, who had nearly beaten Earhart across the Atlantic (she would have too if her plane hadn’t developed an oil leak and been forced to ditch), speed pilot Mary Haizlip, who held the second transport pilots certificate issued to a woman, well known organizer and racer Opal Kunz (she was the one who had to dump her usual 300 hp plane for something smaller), air mail pilot Blanche W. Noyes, and commercial pilot Margaret Perry.  A host of less experienced women also flew, though some ignored the race’s requirement of at least 100 hours of flight time — these included former wing walker Vera Dawn Walker, Californian Gladys O’Donnell, Oregon pilot Edith Foltz, Michigan pilot Mary von Mach, Claire Mae Fahy, the wife of test pilot Herb Fahy, and New Yorker Neva Paris.

From Santa Monica, the route snaked its way eastward.  The first day would be a short flight, ending at San Bernardino for a banquet and an overnight.  From there, the planes would fly via Yuma to Phoenix, Arizona, for another overnight stop.  At each such stop, the pilots were feted with media events, a dinner banquet and a hotel for the overnight stay.  From Phoenix, they would go to Douglas, El Paso, Pecos, Midland, Abilene and Fort Worth.  From there, then up through St. Louis, Missouri and on to Cincinnati, Ohio, before ending in Cleveland.  It would take nine days of competition, during which many of the planes would suffer maintenance problems and be forced down.  The women would repair the engines — often by themselves and on their own in farmers’ fields — and continue on.

The challenges of the route proved nearly disastrous for some.  Mary Haizlip damaged her airplane the day of the race and was forced to start a day late with a replacement (it didn’t have a big enough fuel tank, so she had to make more stops on the way, though she hid that fact to the race organizers).  Phoebe Omlie at the start was forced down in a field near Santa Monica and was briefly arrested by a local police officer who suspected she was a drug smuggler (even in those days).  Amelia Earhart had a mechanical problem and had to return for repairs in her Lockheed Vega — these were swiftly completed and she was off again.

In any case, the first leg was very short — just from Santa Monica to San Bernardino.  The press and public interest was so high that the pilots didn’t get off until 2:00 pm.  Arriving at San Bernardino, they discovered that the organizers had failed to control the crowds and the airfield was a mass of spectators and parked cars.  Rather than flying past, they instead landed in an unprepared adjacent field, which required some considerable skill given the rough nature of the field and the huge amount of dust kicked up from each successive landing.  Opal Kunz’s plane suffered damage to her landing gear which was repaired, allowing her to continue.  Amelia Earhart suffered another close call when her landing overran the small adjacent strip of land and barreled through the assembled crowds.  Luckily, everyone got out of the way.  After that, however, things were generally better en route.

Along the way as the flyers raced across the country many other challenges and problems were encountered.  Claire Fahy would be knocked out of the race after her Travel Air was forced down at Calexico, probably due to sabotage (it was suspected that there were men who didn’t wish to see the women race).  Thea Raschle suffered engine trouble and dead-sticked it in; thereafter, contaminants were found clogging the fuel lines in yet more suspected sabotage.  Pancho Barnes got lost and ended up landing in Mexico — she had no problem with the language because of her earlier life running guns and smuggling alcohol in the country — she was soon back on course.  As a joke, afterward, she painted the words, “Mexico or Bust!” on the side of her aircraft.  Similarly, Mary Haizlip ended up in Mexicali, but got turned around and headed back north into US territory.  Amelia Earhart managed to nose over her Lockheed Vega at Yuma, requiring a new prop.  Bobbi Trout’s plane was wrecked entirely after cartwheeling across a farmer’s field — she was somehow unhurt.  Perhaps the funniest encounter was when Ruth Elder had her maps blown out of her hands while in flight.  She was soon lost and, intending to ask directions, she landed in what turned out to be a bull’s pasture.  She had to first scare off an enraged bull that seemed intent on chasing her and her airplane before she could get back out.

Other accidents took place as the race continued.  Blanche Noyes had an inflight fire, but was able to set her plane down in the desert and with the sand and her bare hands, extinguish the blaze.  A sandstorm delayed everyone at El Paso.  Pancho Barnes hit a car that crossed into the runway as she landed at Pecos, destroying her plane and putting her out of the race.  Margaret Perry caught typhoid and was out after being hospitalized in Abilene.  Near the end, Ruth Nichols crashed into some construction equipment at Columbus, Ohio — the landing field was under construction at the time.  Sadly, one of the best pilots, Marvel Crosson of Alaska, was overcome by an exhaust leak that flooded her cockpit with fumes while on the way to Phoenix, Arizona.  Passing out, she crashed in a mesquite forest.  She would be the only casualty of the race.

The End of the Race

After nine days of similar mishaps and challenges along the way, almost all of the women competitors made it to Cleveland, Ohio.  Louis Thaden would take the top prize for the larger sized, more powerful racers while Phoebe Omlie would win in the light plane class.  For the press and sponsors, the Powder Puff Derby (as humorist Will Rogers had jokingly dubbed it) was a huge success.  The women pilots too benefited from all of the publicity, even if the news writers seemed more enamored with reports of what clothes they wore and how they did their hair rather than details about the flights and challenges that they had faced along the way. 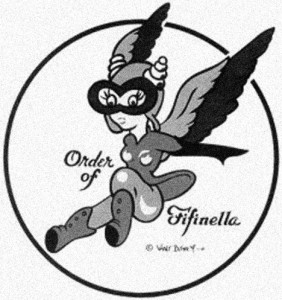 Two and a half months after the race, on November 2, 1929, many of the competitors as well as other women pilots met at Curtiss Airport, Valley Stream, New York.  Neva Paris and Opal Kunz were the key organizers of the meeting, which resulted in the creation of the 86s, which evolved later into Ninety-Nines, a women’s aviation organization that survives to this day (at the time, there were 86 women pilots certified in the USA, a number which grew to 99 when the organization’s name was finally solidified).  Although women have come a long way in aviation since the Powder Puff Derby of 1929, it remains a weird mystery why there are so many more men, even to this day, who fly than women.  It is long overdue that now, well after all of the aerodynamics and scientific issues of aviation’s developmental years have been resolved, the question of why more women don’t fly might finally be properly addressed.

10 thoughts on “The Powder Puff Derby”