The Loss of the Space Shuttle Challenger

Today in aviation history, January 29, 1985, marks a dark moment in America’s long and storied space exploration programs.  At 11:38 EST, the Space Shuttle Challenger lifted off the launch pad at Kennedy Space Center, Florida, and rocketed toward orbit.  Just 73 seconds later, the spacecraft’s main fuel tank exploded, destroying the space shuttle and ultimately ending the lives of its seven astronauts.  For a nation that had grown accustomed to successes in space, the Challenger disaster came as a shock.  It also served as a reminder that with the greatest challenges of exploration also come the greatest risks.

Even after years of intensive investigation, the full truth of that day is still not widely known, though the final reports within NASA itself were conclusive, detailed and rigorous.  To mark this sad day, we highlight three findings that may be surprising for most readers. 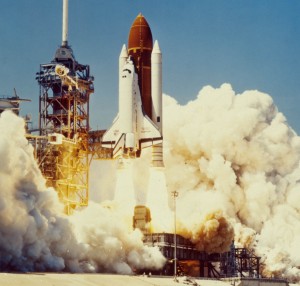 Launch of the Space Shuttle Challenge on its final mission. Source: NASA

The Engineers Recognized the Risk

The explosion did not come as a complete shock to everyone watching.  In fact, the rocket engineers who designed and built the solid rocket boosters that failed had advised strongly against a launch due to the freezing temperature conditions at the launch pad.  Previous tests had only proven the rockets and their O-rings could withstand internal temperatures of 53° F.  That morning, the O-ring temperatures were likely to have been roughly the ambient air temperature, which was just 29° F; this was known prior to launch time.  One engineer, the late Roger Boisjoly of Morton Thiokol, to strongly recommend a postponement of the flight — he was overruled by NASA itself, which (on detailed post-event evaluation) had broken its own safety policy guidelines to pressured the engineering team to stop voicing complaints. 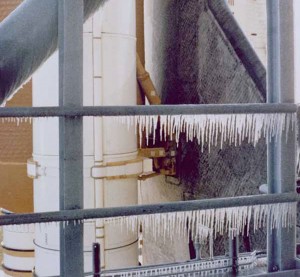 Icicles hang from the railings on the launch tower in the hours before the Space Shuttle Challenger’s launch (to orient the viewer, the grey/black diagonal component to the right of the image behind the railing is the bottom of the left wing, the left solid rocket booster is the cylinder to the left-center, behind the railings. Photo Credit: NASA

That morning, the engineers at Morton Thiokol watched with grave fears, knowing that an O-ring failure would likely take place, though they thought it would happen at the point of lift off.  When the spacecraft cleared the pad and continued upward, they breathed a sigh of relief, but then stood in shock 73 seconds later when they witnessed the explosion.  Ultimately, they were the first to know exactly what happened — it had been just as they had predicted it and feared.

The Crew Survived the Initial Explosion

For years after the explosion of the Space Shuttle Challenger, the debate raged within the community of scientists and informed observers as to when the seven member crew actually died.  Many hoped that they had died instantly in the initial explosion.  Yet afterward, engineering evaluations estimate that the maximum g-loads from the explosion itself likely peaked at approximately 20 g — jarring but not deadly.  Therefore, the crew survived the explosion, almost certainly without grave injuries. 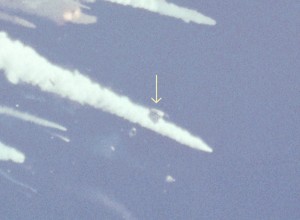 Close-up (zoomed in) view of the falling debris from the explosion with highlighted arrow indicating the crew cabin. Photo Credit: NASA

The shuttle exploded at approximately 48,000 feet of altitude.  Upward momentum carried the crew compartment to approximately 65,000 feet.  The capsule then descended to hit the water at approximately 207 mph — an impact from which there could be no survivors.  From explosion to impact with the water, 2 minutes and 45 seconds transpired, during which time NASA conclusively states that the crew attempted initial efforts to address their situation.  The pilot, Mike Smith, threw a series of switches to try and restore power to the crew capsule — with lever locks, the switches could not have been opened by the explosive or impact forces involved. 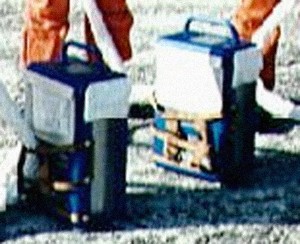 Additionally, amidst the recovered debris, four emergency Personal Egress Air Packs (PEAPs) from the flight deck were recovered — three had been opened and activated, a complex process requiring a human hand.  Since, the PEAPs could not provide sufficient oxygen to ensure consciousness at higher altitudes, the crew would have fallen unconscious quickly after the explosion, perhaps just 10 seconds after the explosion by NASA’s own estimates.

In the end, when the crew compartment finally hit the water 2 minutes and 45 seconds later, the seven astronauts within finally lost their lives, though it is likely that they were still unconscious at impact. 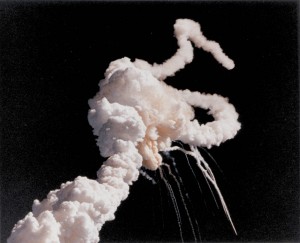 Smoke trails from the rocket boosters; debris can be seen falling down and away to the lower right after the explosion. Photo Credit: NASA

Finally, four new video films have emerged during the last two years, surprising virtually everyone.  An interesting aspect of the Space Shuttle Challenger launch was that by that point, the launch of the space shuttle had become so routine that few people recorded it.  Other than some limited news footage and NASA’s own films, almost no other records were available.

In the end, the loss of the Space Shuttle Challenger and its seven crew members marks one of the lowest points in the history of America’s manned space programs.  As Ronald Reagan addressed the nation after the explosion, he noted, “We will never forget them, nor the last time we saw them, this morning, as they prepared for their journey and waved goodbye and ‘slipped the surly bonds of Earth’ to ‘touch the face of God.'”

Hope Virostek, on one of the four newly discovered videos, said it best at the end of that short film, adding her own emotional prayer that she delivered through tears (see first video, above):  “May their souls, and the souls of all the faithful departed through the mercy of God, rest in peace.” 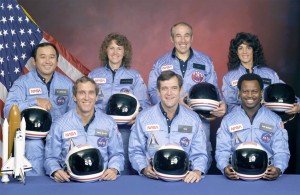 The names of the seven astronauts who lost their lives on the Space Shuttle Challenger are as follows:


Sadly, Christa McAuliffe parents died in a auto accident on August 20, 2019, in Oro Valley, Arizona. They were both 85 years old.