Seventy one years ago today in aviation history, on April 18, 1942, sixteen B-25B Mitchell bombers, each with a five man crew, took off from the decks of the US Navy aircraft carrier Hornet and made their way over 600 miles to Japan where they bombed and strafed a series of assigned military targets.  A mix of 500 pound general purpose bombs and smaller incendiaries were used in the Raid.  The damage inflicted was materially light, however, but the morale boost to America was critically important at that time, coming on the heels of nothing but bad news since the Japanese had attacked Pearl Harbor four and a half months earlier.

Usually, it is there that the analysis of the importance of the Doolittle Raid concludes, defining it as a tactical surprise that had the strategic benefit of invigorating Americans with a new hope of victory.  But what if that conclusion is incorrect?  What if the Doolittle Raid actually did have wider, unrecognized strategic impact?  We believe that it did and welcome you to consider an alternative understanding of history, one that is fully backed by the evidence and facts at hand. 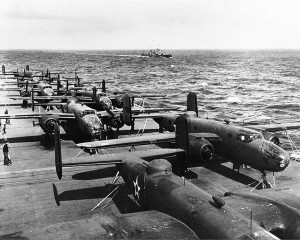 The Instabilities of History

The truths that historians hold firmly have both validity and yet at the same time, they can be self-limiting and curtail wider understandings.  First and foremost, historians build on the knowledge of others, adding to and refining our understandings.  Some events, like Pearl Harbor, the Doolittle Raid, the Battle of Midway, the invasion of France on D-Day, are studied so extensively that, after all these years, the landscape becomes fixed.  The facts are known, cataloged and examined — they do not change — although we can choose to place our emphasis on the known events in varying ways.  In other words, there are facts that are known and widely repeated and there are facts that are known but rarely considered to have wider implications and impacts.  History is therefore constructed not solely based on the facts, i.e., what actually happened, but rather on our perceptions of events.

In constructing our accepted views of history, we become so fixated in a single truth that we are led to ignore alternate interpretations of events.  This is particularly true of the Doolittle Raid.  Certainly, many make claim that the raid was largely symbolic, even if unquestionably heroic.  They base their viewon the conclusion that the Doolittle Raid had little or no effect on the larger scale of warfare that followed, its individual engagements, strategies, battles and outcomes — it was a tactical raid, with limited or even no strategic impact.

It is that set of assumptions that we seek to challenge.  Ultimately, we believe too that the facts are there to support an alternative interpretation of history that finally does full justice to the extraordinary accomplishments of the Doolittle Raiders. 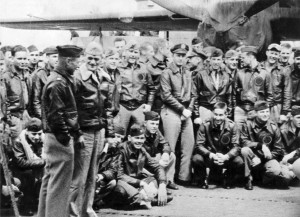 In this short article, we stake claim that the Doolittle Raid did have a far greater strategic impact on the war in the Pacific than most realize.  As well, we highlight that some assumptions about the impacts of the events themselves are taken as “common knowledge” and are often repeated, even if they are incorrectly contextualized.  Among these, the following “surprises” both point to how the impact of events is often misunderstood and improperly contextualized, leading us wrongly to discount the strategic importance of the Raid: 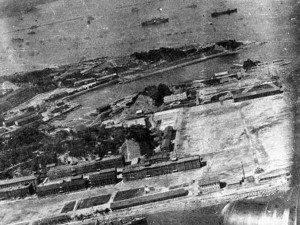 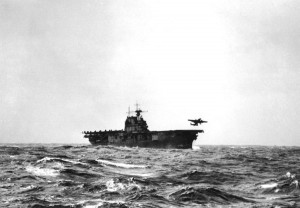 Each of the five points raised above shed new light on the real strategic impact of the Doolittle Raid.  Above all, the decision by Admiral Yamamoto due to the Raid to proceed immediately with an attack against Midway had the greatest strategic impact.  The events that followed in the Battle of Midway are considered to have been the “turning of the tide” of the war in the Pacific.  That view is not strictly an American one, as many Japanese senior officers also recognized that with the losses suffered things had changed in the war, irrecoverably putting a complete and absolute victory in the Pacific permanently out of reach.  From that point onward, the role of the Japanese military shifted steadily to defense, with the leadership hoping that if enough losses could be inflicted against the Americans and her Allies, their advance could be curtailed and a settlement reached that could save at least some of Japan’s gains. 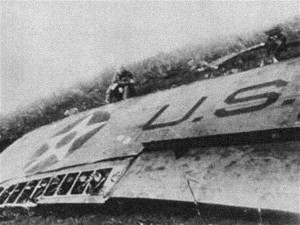 In the aftermath of the Doolittle Raid, Lt Col Doolittle worried that he would return to disgrace and a court martial.  His view was not unjustified — all sixteen of his aircraft were lost; of the 80 airmen who flew in the Raid, eleven were captured and/or killed; and the other airmen of his unit were scattered, never to be reformed.  Yet as we know, Jimmy Doolittle was welcomed instead as a returning hero, elevated two ranks to Brigadier General and awarded the Medal of Honor.  All of his men (some posthumously) received the Distinguished Flying Cross, the Army’s second highest award for valor in combat.

In the final analysis, it seems that his Medal of Honor was not only well-deserved, but, given the later ramifications and true strategic impact of the Doolittle Raid, perhaps Jimmy Doolittle should have earned that Medal of Honor with an Oak Leaf Cluster.

In the Doolittle Raid, one of the B-25B Mitchell bombers (#40-2242 of the 95th Bomb Squadron) after dropping its bombs on Tokyo, was so low on fuel that its pilot, Capt. Edward J. York, made a decision to turn to the northwest instead of proceeding to China.  He landed at Vladivostok in the Soviet Union.  The Soviets, who were allied with the US in the war in Europe, interned both the plane and crew.  While the crew was eventually repatriated, the B-25B was not — what happened to the plane?

3 thoughts on “Reconsidering the Doolittle Raid”