The First TV Pictures from Space

At 64.4 kilograms weight and with four deployable solar panels for power, the little sphere looked somehow other worldly.  It’s mission was to study the effects of cosmic rays, radiation, radio propagation issues in the upper atmosphere, geomagnetism, and micrometeorites.  Yet the little craft also carried something never before sent into space — a television camera.  The images it would return would forever change the science of satellite imaging. 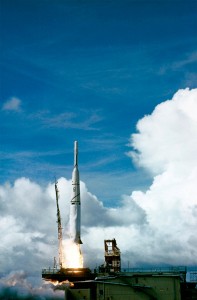 The year was 1959 and today’s date in aviation history marks the launch of Explorer 6, a satellite built by TRW and launched by NASA’s Jet Propulsion Laboratories.  At 14:23 UTC, the satellite lofted into a highly elliptical orbit atop the Thor-DM-18 Able-3 rocket from Cape Canaveral.  While the launch was flawless, early satellite technologies were largely unproven and performance was far from guaranteed.  The launch carried a host of other experiments managed and cofunded by NASA’s Office of Space Science Applications and the United States Air Force.  The rocket was drawn from the Thor program, whose goals were less to launch satellites than to develop technologies for intercontinental ballistic missiles (ICBMs).

Despite the scale of the manufacturing efforts, key personnel were limited to a handful of top scientists and managers — Mr. John C. Lindsay was the project manager at the NASA Goddard Space Flight Center, working with three satellite project managers and counterparts G.J. Gleghorn, A.K. Thiel, and P.F. Glasser at the TRW corporation.  A multitude of other personnel were involved, including lead scientists for each of the key experiments on board.  Dr. Kay D. Baker’s key experiment involved the television camera. 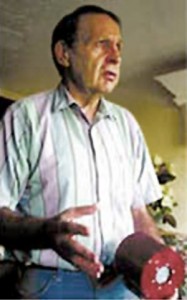 Dr. Baker’s camera would not return the first photo of Earth from space — that had been achieved with regular film that was returned to Earth after flight on a sub-orbital V-2 rocket launched by the US on October 24, 1946 — but it would be the first television picture.  This was critical because only television could allow the continuous broadcast of imagery from space, which would revolutionize weather reporting, among other things.  Given the weight and broadcast limitations of satellite equipment, the camera itself was lightened and developed for maximum electrical and image efficiency — it was designed for low light capture, the system was to obtain low-resolution daylight cloud cover images.

The spin rate of the satellite itself, 2.8 revolutions per second, was to have provided the equivalent of the line scan of a common TV image.  Likewise, the satellites movement in orbit provided the frame scanning.  It was a clever design.  As NASA literature explains, “During a scan (one spacecraft revolution), a single scan spot (element) on earth was viewed and transmitted back to earth. During the next spacecraft revolution, an adjacent spot was scanned. This procedure was repeated until a line of 64 such spots was formed. Then the process was repeated to form an adjacent line of elements, and so on, until a frame, or picture, was obtained.”

From the outset, however, the satellite suffered a series of problems.  Most were overcome, but the major issue was the premature deployment of solar panels, of which only three would properly extend.  Struggling along with just 63 percent of the required power, the spacecraft was badly crippled from the start.  The orientation of the spacecraft was never properly obtained, however, and this resulted in large blank spaces between scan lines.  Addtionally, the logic circuits malfunctioned, resulting in successful resolution of only one in four scan spots.  The lower than required power in the satellite meant that the VHF signal was weaker than desired, resulting in the loss of yet more data.  Then, on September 11, 1959, one of the VHF radio transmitters failed, reducing the volume of data that could be transmitted back to the ground station. 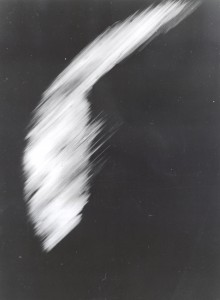 Full resolution image from the first crude TV scan picture from Explorer 6 shows a sun-lit area of the Central Pacific ocean and its cloud cover. The picture was made from about 17,000 miles altitude while the satellite was crossing Mexico on August 14, 1959. Photo Credit: NASA

Despite all of the problems with the mission, the images obtained from the TV scanner camera system were important and represented a major advance in sciences.  The camera system would be continuously refined and improved — it ultimately would be viewed as the grandfather of most of the orbital satellite camera systems used in the first decades of America’s space program.

The last contact with Explorer 6 was achieved on October 6, 1959, exactly 60 days after launch.  The satellite’s orbit would decay and it fell back to Earth on July 1, 1961.  In all, a total of 827 hours of analog data and 23 hour of digital data were received for analysis, making Explorer 6 a fine success for NASA and its new engineers and helping to set the high standard that would carry America to a manned landing on the Moon just a decade later.

One More Bit of Aviation (and Aerospace!) History

To give an idea of the incredible diversity of experiments and equipment carried on these early satellites, the following is a full list of experiments on board Explorer 6, with the lead scientist identified for each: