Cecil Stanley Grace was an Irish-American who hailed from a wealthy, elite American family.  His father, John William Grace, was a businessman and his uncle, W.R. Grace, was the former mayor of New York and the founder of the famous firm, W.R. Grace and Company.  In his youth, he emigrated to England became an English citizen.  Soon thereafter, swept up in the fascinating new field of experimental aviation, he dedicated himself to flying.  He was issued Pilot License #4 by the Aero Club and became one of Britain’s earliest aviators.  Yet on December 22, 1910 — today in aviation history — he set out to compete in the Baron de Forest Prize competition, an event that would lead to tragedy and Grace’s disappearance, a mystery that remains to this day. 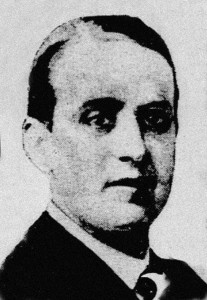 In late 1910, Baron de Forest announced a competition with a prize of £4,000 to the pilot who could depart England, cross the English Channel and fly the farthest into continental Europe.  Coming just a year and a half after Louis Blériot’s famed first crossing of the Channel, which had been accomplished on July 25, 1909 (the prize money for that was £1,000. one quarter of the Baron de Forest Prize), it was a dangerous challenge.  Many aircraft and pilots were not up to the crossing, yet for a prize so sweet, it was hard to resist taking the chance. 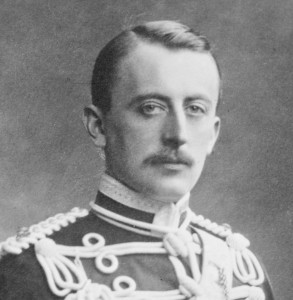 For Cecil Grace, the prize was irresistible.  He prepared well — at least with respect to the views of the day as to what was required for such a risky venture.  Further, when faced with fog, he did not delay.  Why?  We know that he had earlier flown in the fog at Sheerness to prove a point, carefully picking his way through to fly over the Royal Navy’s battleships anchored there in the fog in order to prove a point about the military capabilities of aeroplanes.  Emboldened by that experience, he no doubt felt that he could handle the fogs of the English Channel as easily. 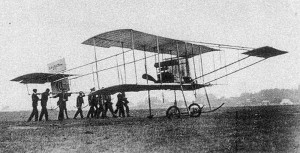 The newspapers worldwide quickly carried the story — in his home town of New York, where his family remained important local figures, the press coverage was extensive and on the front pages.  The New York Tribune carried the story with a banner headlines:

NO TIDINGS OF GRACE; FEAR HE WAS DROWNED
When Last Seen, Thursday Afternoon, English Aviator Was Over Goodwin Sands.

SHIPS SEARCH NORTH SEA
Believed That He Lost His Bearings in Recrossing the Channel from Calais to Dover.

With the approach of midnight an no tidings yet received from Cecil S. Grace, the young aviator who disappeared on Thursday afternoon while essaying a return ‘cross-Channel flight from Calais to Dover in an aeroplane, the belief generally prevalent in London was that the North Sea held somewhere in its turbulent breast the story of a tragedy.

Every nook and cranny — shore and inland — where it was thought, perchance, young Grace might have landed was searched to-day, but unavailingly, and the boots that churned the Channel and portions of the North Sea on the lookout for the youth or wreckage of his machine likewise reported that their search had been in vain.

Grace carried with him petrol sufficient for a flight of about five hours.  His biplane was not fitted with pontoons.  Grace wore a cork jacket, but in case of a fall into water he would have been cambered by his heavy furlined top boots.

The general belief is that it would be impossible for his machine to float for any great length of time, and that unless the aviator was rescued by a ship bound for some distant port there is slender hope that he escaped death in the sea.

Cecil Grace prepares for take-off on his flight into oblivion in search of winning the Baron de Forest Prize, December 22, 1910. Photo Credit: Flight

The New York Tribune story also carried reports of the weather, which were included in the description of his earlier flight over from France.  In light of the description, once can only wonder at the poor judgment that must have clouded Grace’s mind as he chose to ascend into thick fog without navigational equipment.  The Tribune reported:

Grace decided to make the try for the Baron de Forest prize yesterday in the face of adverse weather conditions.  A heavy fog hung over the channel and obscured the aviator soon after he ascended at Dover.  He crossed the channel safely, and two hours and a half from the start passed over Calais.  He reached the Belgian frontier, when he encountered adverse winds that compelled him to turn back.  He alighted west of Calais, and at 2:10 o’clock again ascended, pointing his aeroplane toward Dover.

Grace was soon once more enveloped in the fog that had become more dense.  Those who saw the start say he took a northeasterly course.  It is evident that he lost his bearings for had he had his proper direction he would have reached Dover without trouble, for he had the power and his aeroplane must have behaved well. 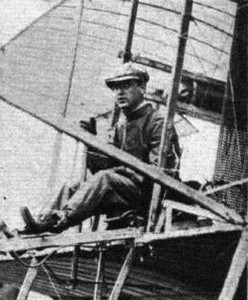 It would appear that Grace departed Calais too late in the day.  With the primitive navigational tools of the day — not even a compass was carried aboard — he simply pointed toward what he thought was England and flew into a thick bank of fog.  When he didn’t arrive over the coast of England on what he thought was a reasonable time, he decided that he had strayed onto a westerly heading.  Thus, he turned to the right, taking a easterly heading.  He thought that he was turning north toward England and would soon find the shore — instead, he took a heading that pointed him toward the emptiness of the North Sea.

We can surmise as much too from the reports of the time — he was sighted over the Goodwin Sands and seen to have been heading northeast and observed as he made a turn to the east before disappearing back into the fog.  Once far out into the North Sea, surrounded by fog and water, it is likely that he tried turning in various directions, hoping to find either the French or English shore.  Completely lost, he likely ran out of fuel at some point or perhaps his engine failed.  Either way, he was left with the dangerous prospect of ditching his primitive biplane into the cold December waters of the North Sea. 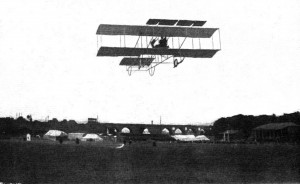 Based on modern science and the experiences of downed aviators during World War II, without a life raft, he would have certainly perished from hypothermia at most just 40 minutes afterward.  His plane, as predicted, likely sank fairly immediately, offering him no options of remaining out of the cold sea.

The Baron de Forest Prize was an outrageous challenge for the day.  In an era where crossing the English Channel was a difficult and dangerous venture, it predicated a crossing and deep penetration into continental Europe.  As an endurance and range prize, it would have been safer to have dictated a course northward into Scotland instead.  By offering such a high prize, Baron Maurice Arnold de Forest, who founded the prize challenge, lead many to take risks for which they were ill-prepared.

Ultimately, the entire prize challenge was foolish and, in retrospect, designed to cause death and loss.  It would never pass muster among today’s aviators — essentially the equivalent of telling private pilots in the modern era to take ultralight planes over the North Pole and back to receive a prize of $100,000 in modern currency.  Few would do it today — but in 1910, the world of aeronautics was not only nascent in equipment and aeroplanes but as well in pilot skills, judgment and understanding.  It was a volatile mix in a dangerous time — and many did not survive. 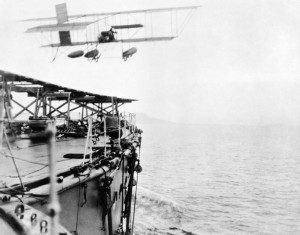 The Short Brothers aircraft company had a long relationship with the Royal Navy.  First, Cecil Grace flew his Short S.27 over the fleet anchored in the fog at Sheerness, shocking the Royal Navy into an appreciation of the potential of air power in war against ships at sea.  After successful tests of aircraft flying off of ships at anchorage, a Short biplane, No. 38, performed the world’s first take off from a ship that was underway on May 9, 1912.  The pilot, Commander Charles R. Samson, took off from a ramp fitted to the battleship HMS Hibernia.  Later, he repeated the feat off a ramp fitted to the battleship HMS London on July 4, 1912.  Within half a decade, the world’s first aircraft carriers were afloat.

Cecil Grace’s Short S.27 biplane was modified to carry a different engine — what was the engine and why was it modified?