The Mauna Loa volcano on Hawaii erupted on November 21, 1935.  At first, the eruption was watched with concern, but then the lava flows stabilized.  Some weeks passed before the situation grew acute when a dangerous lava flow began rapidly advancing toward the city of Hilo to the northeast.  Hawaii’s leading volcanologist, Dr. Thomas A. Jaggar, PhD, Director of the Hawaiian Volcano Observatory, knew he had to take action.

In the past, Dr. Jaggar had experimented with TNT hauled by mules up the side of the volcano, with which he hoped to dynamite lava tubes to divert the flows.  Even if his earlier experiments were inconclusive, with the threat looming to Hilo — and its water supply — he knew that drastic action had to be taken.  Dr. Jaggar was able to estimate that the lava flow would wipe out Hilo on January 9, 1936 — unless it could somehow be stopped.

Thus, it came to pass that, today in aviation history in 1935, the US Army Air Corps attempted one of the most bizarre bombing missions in history. 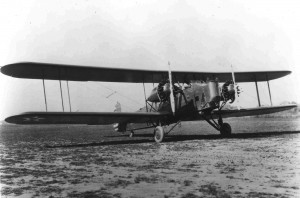 A Keystone B-3A Bomber of the type used in the bombing of the volcano above Hilo in 1935. Photo Credit: USAF Museum

The Threat to Hilo

In the days leading up to Dr. Jaggar’s call, the situation had changed dramatically.  Vented lava on the volcano’s north flank had ponded between Mauna Loa and Mauna Kea for nearly a month.  Suddenly, it broke through on December 22 and began to flow down the slopes.  This  vast stream of lava, initially just 32 km from Hilo, steadily advanced as it burnt through the natural levees of stone that might have blocked its path.  Then, it began a rapid flow directly toward the city.  In the next four days, it traversed 8 km.  Just 24 km remained ahead of the flow to the city. 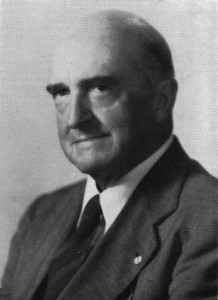 Dr. Thomas A. Jaggar, Jr., was a nearly 40 year veteran of the civil service, serving as a volcanologist felt that with his education and experience in dynamiting lava tubes, his plan made perfect sense.  Aerial bombing seems a lot more efficient than the manual labor he had previously undertaken when hauling explosives up the sides of the volcano by mule team. 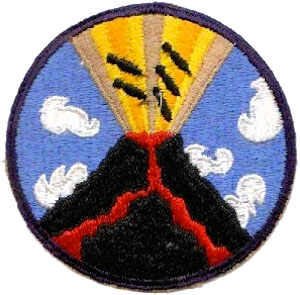 Cold War era patch of the 23rd Bomb Squadron, which commemorates the volcano bombing as part of the unit’s official insignia — even today, the B-52H-equipped 23rd BS uses a variation of this patch. Photo Credit: USAF

The US Army Air Corps approved the mission almost immediately.  The day after Christmas, on December 26, 1935, six Keystone B-3A (or possibly B-5A) bombers were deployed out of Luke Field from the 23rd Bombardment Squadron to Hilo.  As well another four LB-6 light bombers from the 72nd Bombardment Squadron (also from Luke Field), were sent forward.

Immediately that afternoon, Dr. Jaggar briefed the newly arrived pilots and bombardiers on the methods he had in mind to disrupt the flow.  Later in the afternoon, he flew over the volcano himself on one of the airplanes to assess the flows in person.  From the cockpit, he carefully selected the right points for bombing.

Thankfully, December 27, 1935, brought beautiful weather.  At 08:30 am, the first five bombers took off on their urgent bombing mission.  A second flight of five aircraft was also planned for the afternoon.  Each plane carried two 300 pound practice bombs to use in practice runs and sighting.  Additionally, each carried two 600 pound Mk I demolition bombs (of 355 pounds of TNT each) to be dropped for effect once the practice and sighting runs were completed.  The bomb fuses were set to 0.1 second to ensure deep enough penetration for the lava tubes to collapse and disrupt of the flows — precisely in accordance with Dr. Jaggar’s instructions.  In all, this meant that twenty of the 600 pound bombs with full charges were to be dropped onto the lava field. 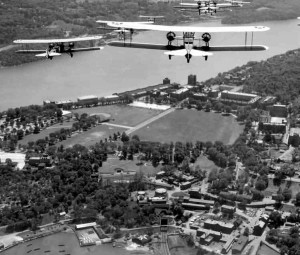 In each of the two missions, a flight of three US Army Keystone B-3As bomber aircraft from the 23rd BS flew in a staggered V-formation.  Additionally, two Keystone LB-6A light bombers from the 72nd BS trailed in line-a-step formation alongside.  Together, the planes made their approach to Dr. Jaggar’s designated target points. The pilots flew as high as they could, alhough that was just 12,500 feet high.  Given their full bomb loads, the planes found themselves not that far above the 8,500 foot altitude of the erupting volcano itself. 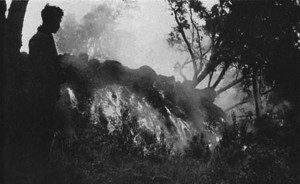 View of the 1935 lava flow from the ground. Photo Credit: National Park Service

As it was, five of the bombs were seen to strike directly into the molten lava flows, the explosions showering lava in all directions.  These craters, however, were observed to immediately fill back in.  The other fifteen bombs impacted along the channel margins — at least one was a dud (though this wasn’t realized at the time.  Nearly 40 years later, unexpectedly the dud bomb was found embedded in some volcanic rock that had flowed onward, still somehow intact.  It was removed carefully ultimately made safe by USAF ordinance officers.

One of the pilots flying the mission, William C. Capp, noted that the bombs caused a “sheet of red, molten rock” to be lofted upwards about 200 feet into the air.  He also commented that bits of flaming debris made small holes on the lower wings of his bomber.  Luckily, none of the planes were lost, which would have transformed the mission into a complete fiasco.  All returned to Hilo successfully. 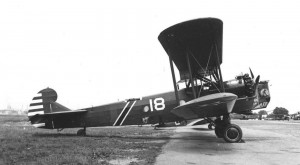 A Keystone B-6A light bomber of the type flown by the 72nd Bomb Squadron (this one is with the 1st Bombardment Squadron). Photo Credit: USAF

Just one week after the bombing, the lava flow slowed and then stalled on its own, well short of Hilo.  After researching the matter, Dr. Jaggar wrote in 1936 that the bombing had been entirely effective.  He claimed that the lava flows had stopped due the release of gases and destruction of the cycle of the “equilibrium of self-heating” — a terminology and understanding that modern science completely rejects.  At the time, however, the Press ate it up.  In newsreels, the USAAC was credited with saving Hilo and all of its waterworks.

Weirdly, to this date, the 23rd Bomb Squadron of the US Air Force still officially takes credit for saving Hilo from destruction by lava.

In 1939, Dr. Jaggar wrote again about the volcano bombing, this time making even stronger claim:

“The smashing of the tunnel had cooled the oncoming liquid so that it dammed itself.  This confirmed the theory that the bombing solidified the tunnel lava back into the heart of the mountain.  With twelve river hits out of sixteen, and liquid thrown up hundreds of feet, there can be no question whatever that the bombing stopped the flow.” 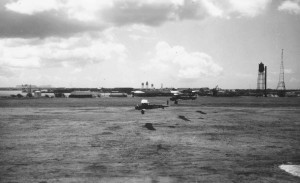 Three aircraft of the 72nd or 23rd Bomb Squadron take off at Luke Field, Hawaii, 1933. Pearl Harbor Naval Installation is in the background. Photo Credit: USAF

Modern volcanologists are confident, however, that Dr. Jaggar’s personal assessment of the effectiveness of the bombing was vastly overstated.  More reasoned and scientific analysis suggested that the lava flow stopped entirely by coincidence.  In effect, the small Mk I bombs were a pointless and futile effort, exactly as the USAAC air crews believed when observing the results first hand.

With that said, however, the volcanologists note that if ever Hilo is again threatened, the USAF might ultimately have a role.  Dr. Jaggar wasn’t entirely wrong in his theories.  The new, larger 2,000+ lb bombs and precision-guided munitions that the USAF now employs might just be powerful enough and accurate enough to create his imagined “diversion points”.  The explosions might redirect and slow the lava flow after all.  Ultimately, what was impossible in 1935 may be within reach today.

Or at least that’s the theory. 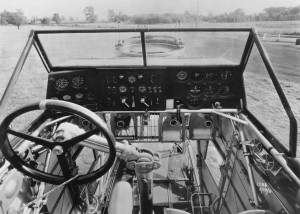 By 1935, the USAAC’s Keystone B-3A bombers and Keystone LB-6A light bombers were obsolete types.  The USAAC hoped to replace them with a newer bomber design.  That year, the new Boeing 299 (later B-17) placed under development.  The 299 was a hotly reported effort within Air Corps circles, however.  The growing challenge from Japan in the Pacific was becoming increasingly apparent.  The Army was demanding a better bomber for its Air Corps.  Ultimately, they got what they asked for.  The first Boeing B-17 Flying Fortresses were scheduled to arrive in the Pacific on the very morning of December 7, 1941.  As it happened, they flew right into the teeth of the Japanese air attack on Pearl Harbor.

Just five months later, in a bizarre twist, the Mauna Loa volcano again erupted, and again threatened Hilo.  Once again, the US Army Air Corps was called in for the job.  Records are scant, but they probably flew the mission with B-18 bombers, not the surviving B-17s.  Their bombs proved equally “effective” (in other words, once again rather pointless in the view of later scientists who have studied the matters closely), but at least the USAAC could record another public relations success during the early months of the war, when it seemed like the Axis forces were steadily advancing on all fronts.

What did US Army General George S. Patton have to do with the volcano bombings of 1935?


My grandfather, Maj. I.H. Edwards, commanded the 72nd Bombardment Squadron at the time of the volcano bombing. I would be interested to see more information about this incident.


I have a swagger stick that I believe belonged to one of the aircrews.