The Last Flight of the Blackbird

Today in aviation history, on March 6, 1990, the very last US Military flight of the SR-71 Blackbird took place.  The flight originated from Palmdale, California, and flew to Washington-Dulles International Airport outside of Washington, DC.   The aircraft (s/n 61-17972) was piloted by Lt Col Ed Yielding, USAF, with Lt Col Joseph Vida serving as Reconnaissance Systems Officer.  Fittingly, on its last flight the SR-71 shattered one final record, marking in the record books a time from Los Angeles, California, to Washington, DC, of just 1 hour, 4 minutes and 20 seconds.  To achieve that, the SR-71 managed an average speed of 2,124 mph (3,420 kph).

At the end of the flight, the aircraft was cleaned and prepared for museum display.  Today, it stands at the very center in a position of honor at the Smithsonian Institution’s National Air and Space Museum Udvar-Hazy Center.  Those who visit pay homage recognize more than just another retired airplane, but rather a history of successes and daring flights that remains largely secret to this day.  Ultimately, the SR-71 was one of only a few finest secrets of Cold War politics and technology. 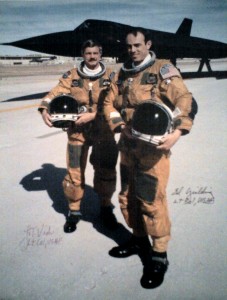 The Introduction of the Blackbird

The Lockheed SR-71 Blackbird was originally conceived by the engineers of Lockheed’s famous Skunk Works.  The plane was derived from another top secret project, the Lockheed A-12, a photo reconnaissance aircraft developed for the CIA with many of the same characteristics and capabilities, though that was a single-seat version.  The Blackbird entered service in 1964 and was announced — without much detail — by President Lyndon B. Johnson, who wanted to show his commitment to defense and security during his campaign of 1964 against Barry Goldwater.

Although originally named the RS-71 (Reconnaissance, Strategic -71), President Johnson reversed the “RS” to “SR” on the quiet recommendation of USAF General LeMay, who felt that SR-71 was a better name.  After the announcement, the USAF, rather than being put in a position of correcting the President, quietly changed the name — the “system” had been outmaneuvered by Gen. LeMay, yet again.  The press surmised an incorrect reason for the name change, claiming the President had made a mistake, because press copies of his speech still included the original program designation (RS-71).  In fact, the real story of Gen. LeMay’s switch-up of the name would have made better copy but it remained unknown to the press at the time. 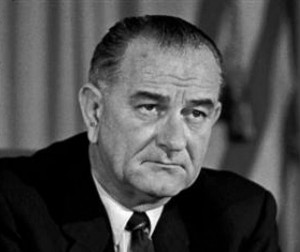 President Lyndon B. Johnson, who first announced the existence of the SR-71 Blackbird to the American public on July 25, 1964.

In the years that followed, 32 of the aircraft were built by the Lockheed Skunk Works.  Each was manufactured by hand.  No two Blackbirds were alike as a result.  Repairs and maintenance were customized to some degree for each airplane, though all shared the same basic requirements.  The plane’s skin was its most extraordinary asset — it was made of titanium, a very difficult metal with which to work.  Lockheed’s Skunk Works had managed to implement new technologies which had only just come to fruition, thus allowing them to shape and fashion the titanium skin plates, a process previously (previous to the A-12) that was heretofore impossible.  Given titanium’s unique properties, every time it heats up and cools down (from each flight) it actually grows stronger, rather than weakens.  This gave the plane a unique advantage. 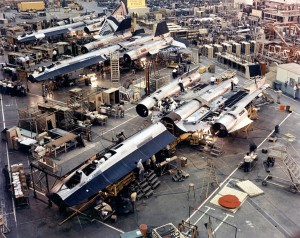 The Blackbird was and remains the preeminent example of a strategic reconnaissance aircraft from the Cold War.  It was designed to fly at altitudes that were substantially higher than 80,000 feet and at speeds that were Mach 3+.  As a result, the sky glowed blue-hot when flying missions, such were the frictional effects of the air passing around a plane flying at those incredible speeds, which entails about a half mile traveled per second!  The pilots were specially recruited, equipped and trained on the aircraft.  In fact, within the USAF, there was no higher standard than that authored for an SR-71 flight crew member.  The medical tests alone resulted in many pilots failing in the program.

Throughout the SR-71’s operational career, each flight was carefully planned for the operation ahead.  Briefings were extensive and pilots were well-prepared for each flight.  The aircraft were examined in detail before and after each mission.  The reasons for that were clear — most of the flights operated over airspace that was denied for American reconnaissance planes and often strongly defended.  The Blackbird, however, by flying high and fast, was beyond the reach of interception, either by aircraft or by surface to air missiles (SAMs).  The Blackbird regularly crossed over portions of the Soviet Union and returned with photographic reconnaissance as well as ELINT interceptions from specially designed collectors that were housed in the chines along the nose of the plane. 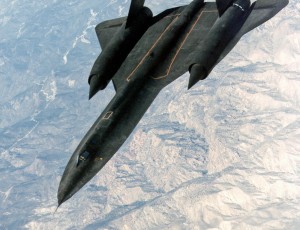 The Soviets (and others) did not welcome the plane nor let it pass unanswered.  They would fire SAMs at the Blackbird, hoping that the missiles could reach the altitudes flown and maneuver to hit the plane.  Whenever a SAM launch was detected, the SR-71 pilots would simply accelerate and turn slightly to avoid the peak altitude envelop of the missiles being fired.  In the ongoing, quiet cat and mouse game going on, there was a deadly seriousness involved.  Everyone remembered when the Soviets had successfully downed Francis Gary Powers in his U-2.  Despite many attempts, however, the Soviets never shot down a single Blackbird — nor did any other country over which the plane flew.

Despite that, the plane was far from “safe”.  The SR-71 was essentially a lightning quick hot rod that burned fuel at rates that stagger the imagination while flying at the very edge of the envelop on every mission.  By the late 1980s, it was a dated piece of technology and many subsystems required high maintenance.  As a result, 12 Blackbirds were lost in operational accidents, many on take off and landing, though a few in testing various new systems. 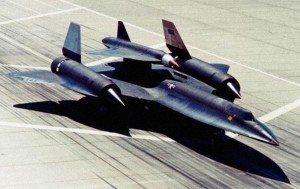 The D-21 was initially designed to be launched from the back of its M-21 carrier aircraft, a variant of the Lockheed A-12 aircraft.

On the A-12 side, similar numbers of accidents and incidents occurred.  One of these systems was the D-21, a specially designed high Mach unmanned reconnaissance vehicle that was launched from atop an A-12 carrier, designated the M-21.  The D-21 allowed penetration and successful intelligence gathering from within areas of the Soviet Union that were the most highly defended.  Though the idea looked good on paper, it proved challenging in actual operation.  Since the D-21 was carried aloft as a parasitic vehicle, it always carried a potential risk at the point of separating from the “mother-carrier” M-21.  This risk only increased at the speeds and altitudes flown — and one aircraft was lost as a result during D-21 testing and operations. 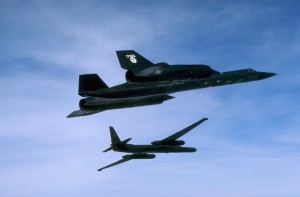 When the SR-71 retired in 1990, many of its supporters and proponents thought the move a serious mistake.  The reality, however, was quite different.  Few appreciated the extraordinary costs of each mission — the SR-71 was a budgetary nightmare.  As newer, cheaper and better satellite reconnaissance systems came online, such as the KH-11 Hexagon, the coverage offered from space was so vastly superior to that offered by the SR-71 that it seemed no contest. 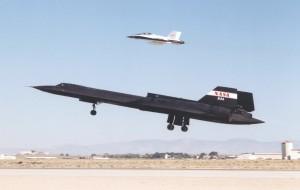 SR-71A taking off with test fixture mounted atop the aft section of the aircraft and F-18 chase aircraft in 1999. Photo Credit: Tom Tschida, NASA

Nonetheless, the military retirement was delayed because there were still advantages to the SR-71.  Satellite passes are predictable, allowing other nations to hide their secrets at certain times of day when a satellite is known to be traversing overhead.  The SR-71, however, could arrive at all hours, an unpredictability that made it impossible to hide anything.  Indeed, if the plane had not been so expensive to operate, it would have probably been retained and flown for many more years — maybe even to this day.  As it was, NASA continued to fly the SR-71 for many years afterward in various research projects — and thus the “last flight” of the SR-71 wasn’t the final flight after all.

President Lyndon B. Johnson’s announcement of the SR-71 is preserved in the President Archives — for history’s sake, we quote it below (you may note that from the day of the SR-71’s announcement to the day of its retirement, the aircraft’s speed and altitude capabilities have remained unchanged at Mach 3+ and 80,000 feet respectively):

I would like to announce the successful development of a major new strategic manned aircraft system, which will be employed by the Strategic Air Command.  This system employs the new SR-71 aircraft, and provides a long-range, advanced strategic reconnaissance plane for military use, capable of worldwide reconnaissance for military operations.

The Joint Chiefs of Staff, when reviewing the RS-70, emphasized the importance of the strategic reconnaissance mission.  The SR-71 aircraft reconnaissance system is the most advanced in the world.  The aircraft will fly at more than three times the speed of sound.  It will operate at altitudes in excess of 80,000 feet.  It will use the most advanced observation equipment of all kinds in the world.

The SR-7I uses the same J-58 engine as the experimental interceptor previously announced, but it is substantially heavier and it has a longer range.  The considerably heavier gross weight permits it to accommodate the multiple reconnaissance sensors needed by the Strategic Air Command to accomplish their strategic reconnaissance mission in a military environment.

This billion dollar program was initiated in February of 1963.  The first operational aircraft will begin flight testing in early 1965.  Deployment of production units to the Strategic Air Command will begin shortly thereafter.

Appropriate Members of Congress have been kept fully informed on the nature of and the progress in this aircraft program.  Further information on this major advanced aircraft system will be released from time to time at the appropriate military secret classification levels.

[Thus ended the portion of the statement that day regarding the SR-71.]

What was the follow-on aircraft designed by Lockheed’s Skunk Works (never contracted to be built) and how fast was its design speed?


I wonder how many windows popped while making their last record breaking flight?


Are all the blackbirds accounted for, including both A-12s as well as SR-71s? I’d like to think that some were stashed away somewhere just in case.


Yes all the Blackbirds are accounted for..If you google where they are you willsee the list of all Blackbirds. After their finall retirement all support equipment and parts were distroyed. so there is no way a Blackbird can ever fly again.


As an answer to the trivia question above, I recall scuttle about an airplane called the “Aurora,” with top speeds above Mach 10 and/or 7500 MPH.


We were out in our barn in central Illinois when the SR-71 passed over on its last flight in 1990. The sonic boom was quite loud.


I happened to be at IAD when it arrived. I later saw it at the Dulles aviation museum. It still is a credit to Lockheed and the American ingenuety.


There was a replacement for the SR-71, called (unsurprisingly) the SR-72. On paper, it was meant to have a top speed of Mach 6. But the engines of the SR-71 were unique; at low speeds they performed like a turbojet, and at higher speeds like a ramjet, thanks to the inlet geometry. The SR-72 was meant to double down on that by having engines that could perform as turbojets, ramjets, or scramjets depending on aircraft speed, but nobody ever succeeded in designing the engine. for that matter, one reason that the SR-71 went out of service is that Pratt & Whitney no longer wanted to make spare parts for the existing engines.