When Ensign Marion F. Jackson, Jr., USNR, and Aviation Machinist’s Mate 1c Willis D. Atchison, USN, took off that day from their temporary base at RNAS Hatston, a British airfield located near Kirkwall on Mainland Island in Scotland’s Orkneys, they expected a routine flight in their Vought SB2U-2 Vindicator.  Scouting Seventy-One (VS-71) and Scouting Seventy-Two (VS-72) were assigned to the US Navy aircraft carrier USS Wasp (CV-7), but had been left in the Orkneys while the Wasp’s battle group set out for Malta, departing on April 14, 1942.  Instead of the Vindicators, the USS Wasp’s decks and hangar bay were loaded with 47 Supermarine Spitfires, all meant to be delivered to the beseiged Mediterranean outpost of Malta as reinforcements to stand against the ongoing Axis onslaught.

In fact, on departing from Hampton Roads, Virginia, for its Atlantic duty, among other squadrons, the USS Wasp carried a complement of  two scouting squadrons:  VS-71 and VS-72.  VS-71 was equipped with seven SB2U-1’s, ten SB2U-2’s, and three TBD-1’s.  VS-72 was equipped with sixteen SB2U’s (both -1 and -2 variants).  It also carried a full complement of Grumman F4F-4 Wildcats, which were retained for the voyage to Malta so as to provide Combat Air Patrol coverage.  In addition, the USS Wasp left behind the TBD-1 Devastators from Torpedo Squadron VT-7.

The Loss of of a Vought SB2U-2 Vindicator

While left behind in the Orkneys, the men and aircraft of VS-71 performed coastal patrol missions and flew a variety of training flights.  Thus, on April 23, 1942 — today in aviation history — Ens. Marion Jackson and Aviation Machinist’s Mate Willis Atchison took off in their Vought SB2U-2 Vindicator for a training flight.  Sadly, their mission ended in a terrible crash that killed both men.  According to the well-researched records of John Baugher, who referenced the VS-71 squadron records, the plane came down in a peat bog and struck so violently that it was buried deep near Invergordon at Allt on Tor Scotland en route to Tain and Inverness. 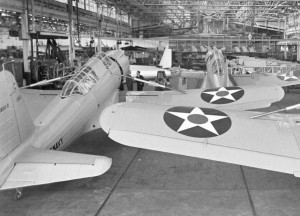 A close-up within a larger photograph that appeared in LIFE Magazine — at left, the very plane that disappeared is undergoing final construction at the Vought factory in Hartford, CT. (Note: this image is used for non-commercial purposes and given its newsworthy content as completing research in the recovery of a US Navy airman formerly thought MIA, this constitutes fair use).

While Atchison’s body was recovered and received a proper burial with full military honors, attempts to find the body of Ens. Jackson were unsuccessful.  Finally, the searchers gave up digging, recognizing that the impact was so great and the body buried so deep that, at least at that time, it was considered too difficult to accomplish.  For a long time, there remained a question — was his body still buried there in the bog, one of many men who remain on the lists of those “Missing in Action”? 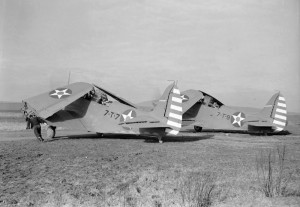 As Deputy Secretary of Defense Ashton B. Carter stated on September 21, 2012, in a speech to recognize last year’s National POW/MIA Recognition Day, “…just as they committed themselves to this country, so this country will never tire and never rest until each and every one of them is returned home.  The Department of Defense and this country make that commitment to each service member and to their family.  In the Department of Defense we have over 600 staff devoted to the more than 80,000 American service members who remain unaccounted for from the wars of the past century.”

In fact, it is widely known that the Pentagon’s POW/MIA office is deeply involved in the recovery of US soldiers, sailors and airmen lost in the Vietnam War.  Less widely known is that the dedicated personnel of there continue to search for, locate, recover and identify remains of MIAs from almost ALL of America’s past wars, actively seeking to locate those who were declared KIA/MIA during World Wars I and II, and during the Korean War, for instance, and even seeking to recover and identify bodies lost in wars and conflicts prior to that.  The principle is extraordinary — nobody will be left behind. 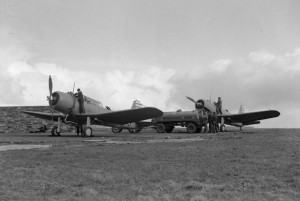 In the official War Department publication “State Summary of War Casualties, US Navy 1946” (Florida and Tennessee editions) the following entries fully identify these men and addresses — and the wife of one of the men: 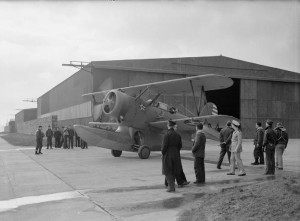 Although initially, we could find no record in the press of Ens. Marion Jackson’s body having been previously recovered and repatriated for a proper burial, ultimately, we were able to determine that indeed the Pentagon had done so.  We can report now that in 1965, the body of Ensign Mario F. Jackson, Jr., was recovered and repatriated from deep in the bog in Scotland.  While his father, Marion F. Jackson, Sr., had passed away in 1962, three years prior to the recovery of his son’s body, his mother, Eva Pryor Jackson, was alive at the time.  She lived on until 1975.

Today, you can visit Ens. Mario Jackson’s grave in the University of the South Cemetery in Sewanee, Franklin County, Tennessee.  It is important to note that Jackson-Myers Air Field at Sewanee, Tennessee, was named in his honor and memory.

As well, we wish to salute the good work of the Pentagon’s POW/MIA Office over the years.  Your work is appreciated — thank you. 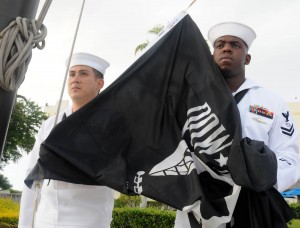 During their weeks at RNAS Hatston, VS-71 suffered a number of losses while undertaking patrol and training missions.  A complete list follows:

It is important to honor the sacrifices of these brave Naval aviators who, during a war that brought much of the world to conflict, sacrificed so much in service of their country.  It is also important that we take this time and moment to thank all veterans for their service.  Despite the challenges and ongoing conflicts that remain even to the present, it is because of your dedication and good work that we live in a safer world today.  Thank you.


The amphibian aircraft you have pictured is identified as a Curtiss SOC Seagull. In reality it is a Grumman J2F Duck.


We concur with you and the caption has been amended. The original image was incorrectly identified and labeled in the Imperial War Museum archives and that was carried over into our publication.

Thanks for pointing it out!


The Duck is from the USS Tuscaloosa. The Devastators and Vought’s were off loaded by Wasp for Operation Calendar and Operation Bowery in April/May 1942. The crews of the Devastators were sent to RNAS Crail to train on the torpedo trainer. I suspect the image of the Devastators at Hatston is in fact Crail because I have been there and it look like it. The free world owes a debt to America for this. If the spitfires had not been delivered to Malta then we would have lost the Mediterranean.


Great article, but would SB2U’s belong to VF-71? Surely, one of the two VS squadrons on WASP.