Flight of the Spirit of Freedom 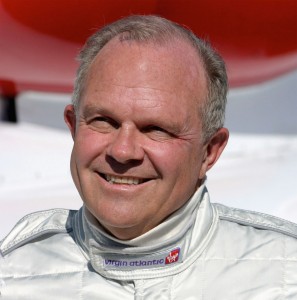 On this date in aviation history in 2002, Steve Fossett launched in the balloon “Spirit of Freedom” from Northam, Western Australia, in a bid to become the first person to circumnavigate the balloon solo in a balloon.  The journey ahead would be rigorous, spanning 13 days, 8 hours and 33 minutes before landing successfully in Queensland, Australia.

The challenges of a long endurance balloon flight are immense, both technologically and physically for the pilot.  To achieve the feat, the balloon would be ten stories high and would feature a three chambered design — a lower heated air chamber, a main helium chamber above, and a cap on top that also carried a smaller chamber of helium.  The capsule would need to be light and yet strong — a kevlar and carbon construction was selected — it was just 7 feet long and 5.5 feet wide, smaller than most apartment bathrooms.  Oxygen systems were installed for the pilot, who would wear a mask when at higher altitudes; sufficient food (MREs), water and fuel had to carried for the full flight, since it would be non-stop.

Fosset’s only connection to the outside world would be via radio to regularly check in with his ground team and receive weather reports and forecasts throughout the flight.  The ground team would also ensure that the route of flight passed through approved airspace and, where deviations might occur, they would handle diplomatic overflight clearances and would help with navigational issues, logging and planning.  Fossett used his own Cessna Citation corporate jet as the chase plane.

For Steve Fossett, a man whose life was filled with aviation adventures and world records, these challenges were what he lived for.  As of the date of the flight, he was 58 years old.  Independently wealthy from a successful life in business as an entrepreneur in the finance community, Fossett had the ability and funds to pursue his dream of breaking world records.  In his life, he logged 116 world records in five different sports and had become a Fellow of the Royal Geographical Society and a member of the Explorers Club.  Among aviators, his feats are the stuff of legend.

The Flight Around the World

The flight posed many challenges.  Hourly systems checks were required, making sleep difficult — Fossett would schedule a series of five 45 minute naps, totaling about four hours of sleep each day.  In between, he would have to run the burners to keep the lower balloon chamber heated to the correct temperatures for flight.  He would vary altitudes to catch the right winds to achieve his desired headings.  From time to time, he had to climb out of the capsule to service the burners and check on the fuel tanks atop the gondola, enduring freezing temperatures while outside.  Otherwise, his only view of the world around him would be through a small dome on the top of the balloon as it flew along upwards of 27,000 feet of altitude, though usually around 20,000.  After nearly two weeks in the air, he would have to do these things despite a level of physical and mental exhaustion from all of the time spent alone in the tiny gondola capsule.

The flight took him from Australia eastward across the Pacific, where he encountered severe storms with downdrafts and rain squalls.  Forced down to below 400 feet, the flight nearly crashed, a serious risk that was increased by the accumulation of ice on the balloon.  After eight days, he reached the Chilean coast of South America on June 26.  Leaving South America, he entered the South Atlantic, jogging southward to over 60 degrees southern latitude, a route that kept him over water for much the remainder of the trip.  He crossed the southern tip of the African continent and entered the Indian Ocean, coasting out near Durban, South Africa — no further land would be crossed until the end of the flight.

Finally reaching Australia, he crossed the finish line (the line of longitude that marked the full circumnavigation).  He then descended for a landing, resulting in a bone jarring impact after which the winds dragged the gondola across the ground.  Fossett emerged, bearded and in good health, to celebrate his new world record — fittingly with a beer (Bud Light had been one of the sponsors).

Steve Fossett would meet an untimely end not while attempting to break another world record, but rather while in a small, high wing single engine light airplane.  A highly accomplished pilot, he was nonetheless caught in mountain wave winds.  The plane was pulled into the mountainside by downdrafts at Volcanic Ridge, part of the Ritter Range of the Sierra Nevadas.  Search and rescue could not locate the wreckage despite flying missions for many months afterward.  Long after the search was abandoned, a hiker found some of Fossett’s personal effects on the side of a mountain, quite by accident.  A subsequent search of the surrounding area by air revealed that Fossett had crashed in the eastern Sierra Nevada mountain range in California, at coordinates 37° 40′ 2.8″ N x 119° 08′ 0″ W, and at an altitude of 10,100 feet.  He died on impact.


Why did this balloon have to fly the southerly route?


To my understanding, the weather conditions were more predictable over the oceans and seas and as well, there were fewer diplomatic overflight clearances and political issues.