Today in aviation history in 1969, the the Tu-144, a Soviet supersonic transport (SST) design, made a first flight that exceeded Mach 2.0.  The story of the Tu-144 is one of politics and public image, more than technology and proven engineering.  The aircraft was personally backed by Soviet Premier Brezhnev, who committed the USSR and its aviation sector to a huge investment of resources on the project as a symbol of national prestige.  For Brezhnev, the Tu-144 was to serve as the crowning example of the achievement of Soviet technical superiority over the West.

The key problem was that an aircraft that is politically driven is almost assured of being an engineering failure.  One of the designers involved would later say that the project was 15 years ahead of the Soviet Union’s actual capabilities, but that with political pressure from above, they had rushed the development process to an early launch.  To make up for the shortfall of engineering capabilities, the Soviets did what the Soviets knew best — they stole the plans for the French-English SST called the Concorde.  Even a cursory examination of the overall plan for both aircraft reveals that the two designs are remarkably similar in appearance. 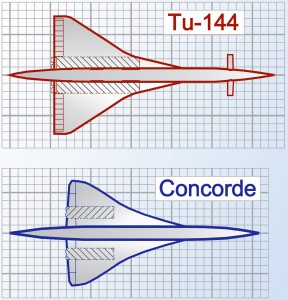 However, the French and English were wise to Soviet moves — if rumors are to be believed, the French allowed the Soviets to steal a set of false plans that purposefully contained serious design errors.  In any case, the Soviet aeronautical engineering expertise was sufficient enough to see through any counter-espionage programs.  The Soviet Tupolev design bureau instead copied the key portions of the design and substituted Soviet engineering and technology to make up the gaps.  In some areas, the Soviet aeronautical engineers even added their own inspired modifications as well.

Flown by Politics into the Ground

Having top level political support can be a blessing, yet it also can be a curse.  In the case of the Tu-144, the political oversight was a disaster — the design team was told to not only match the Concorde’s performance, but beat it into service.  This created a dramatically shortened flight test schedule before entering commercial service.  As a result, the plane’s initial public relations flight revealed numerous shortcomings, even if cosmetic in nature.  Ceiling panels were ajar, window shades dropped on their own, seat-back trays didn’t work, and so forth — all minor details, but indicative that major problems might be hidden under the skin.  In fact, the plane suffered from serious structural problems. 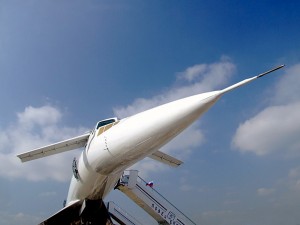 In time, the project was proven a dismal failure, yet it would fly on until its chief political sponsor, Brezhnev himself, finally died.  In typical Soviet fashion, only a new generation of leaders could cancel production and curtail flights.  By that time, the aircraft had already amassed a terrifyingly dismal flight record with the Russian state-owned airline, Aeroflot.

During its entire service life, the Tu-144 flew just 55 passenger flights and 47 cargo flights (a total of 181 hours of flight time).  In an attempt to limit potential crashes, the aircraft was kept on a highly restricted schedule — just one flight per week despite having eight aircraft in rotation.  This allowed each aircraft to be carefully maintained for 4 to 8 weeks between flights.  Even with that light schedule, the Tu-144S still had at least 226 major systems failures while in service — and 80 of those occurred during flight. 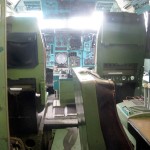 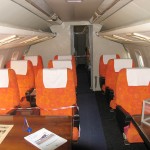 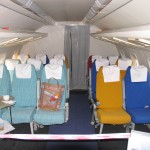 The most spectacular event, however, had nothing to do with an inflight systems failure.  In 1973, a Tu-144 was brought to the Paris Air Show.  The West seized the opportunity to examine Russian advancements, including an innovation involving retractable canard wings for improved slow speed handling.  According to some reports, a French Mirage IIIR reconnaissance fighter flew past the Tu-144 at high speed for close-up photos.  The surprised Russian pilots apparently pitched down to avoid what they thought was an impending midair collision.  Instead, the aircraft nosed over too sharply and the pilots over pitched to try and save the plane from crashing.  This caused an inflight break-up.  Six people on board and eight more on the ground were killed in the ensuing crash.

While scheduled service ended with the final crash of the Tu-144, the aircraft would continue to be used sparingly for cargo flights and for other high speed testing, including by NASA after the fall of the Soviet Union.  Ultimately, however, the Tu-144 would be grounded.  Several would be turned into “gate guardians” while others would be parked in storage or placed on museum display.  Whereas the Concorde flew a full service life — and beyond to the point of failure — the Tu-144 never truly reached the potential that its designers or the politicians had sought.  Yet like the Concorde, the Tu-144 will forever be recognized as a beautiful aircraft and a part of aviation history.

The idea of SST (supersonic passenger travel) has been a dream of the airlines and governments for decades.  The problem has always been that when aircraft fly at supersonic speeds, they produce a sonic boom that rattles windows, breaks dishes and disturbs the public.  In much of the world, supersonic overflights are therefore illegal, curtailing the potential benefits from SST travel.  In recent years, new aerodynamic engineering techniques have emerged that cut up to 99 percent of the sonic boom.  This has opened the door for a next generation of SSTs that will make the Concorde and Tu-144 look like ancient birds.  So hold onto your hats — and not your ears — the future may be coming faster than you think.