One of the early Wills’s Cigarette Cards. 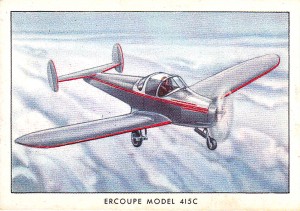 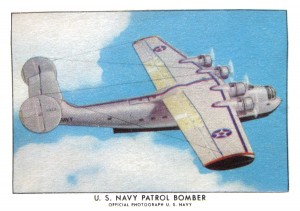 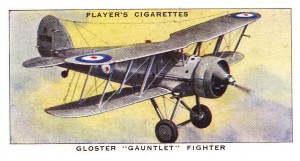 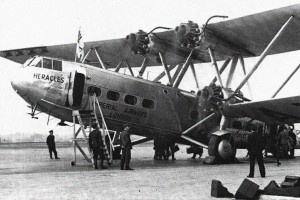 The “Heracles”, one of the airliners of Imperial Airways in the late-1930s. 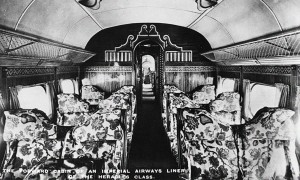 The cabin of the Heracles, flying in style in the late-1930s! 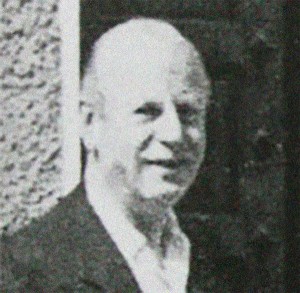 A rare photo of Mr. Rupert Belleville, later in life in 1956. 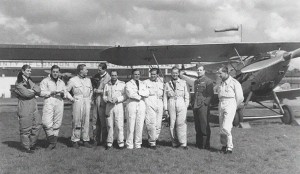 Men of the RAF 601 Squadron, the so-called “Millionaire’s Squadron”, photographed in 1938.


I was born in 1933, and was a Cub Scout during World War II. My father smoked Wings Cigarettes, which had aviation cards. Smokers were limited to one pack per day, so he would be in line each morning waiting for the smoke shop to open.
I collected the cards, and would trade duplicates with my friends. One of the items in the Cub Scout advancement system was collecting and displaying something in an orderly way. I pasted and labeled a few dozen into a spiral notebook, printing the information found on the back of each card below the picture. Seventy five years later, I still have that notebook, but of course the cards are pasted firmly to the pages with home-made flour paste, and the card have only sentimental value and an example of my youthful printing.


Check out our 601 website. It’s in the process of being re-designed as the navigation sucks, but if you go to ‘the real 601’ section and look at the Brian Thynne section there are several photographs of the young Rupert Belleville.


Came across a comment along these lines about 4 months ago. A person who had never flown before asked if there was a smoking section. The response was that it was out on the left wing where you could smoke if you wanted. I had to smile at that.


I was on a flight several years ago on which the flight attendant making the announcements said the same thing. It is nice to hear a little fun in the run of the mill pre-flight safety briefings.