The Catalina Affair, Part 1 of 3 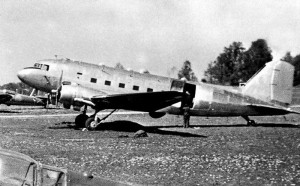 The Swedish Air Force Tp 79 Hugin that was lost in the “Catalina Affair” — photo at Barkaby AB in 1951.

Without warning, at approximately 11:23 am, a MiG-15bis piloted by Soviet Air Force Captain Osinskiy rolled in on the aircraft and rapidly closed the distance. Osinskiy lined up on an easy target — a big twin-engined cargo plane that had been converted to intelligence gathering purposes. At the last moment, the flight crew realized that the MiG was attacking and issued a distress call to the Swedish Air Force squadron F2 at Hägernäs.  The message, however, was cut short by a burst a cannon fire from the MiG.

Exactly 60 years ago today, on June 13, 1952, a Swedish Air Force Tp 79 Hugin (aka, Douglas DC-3A-360 Skytrain) took off from Bromma airport near Stockholm on an intelligence mission.  The aircraft was one of two Tp 79s flying ELINT missions for the Swedish government — one was called Hugin and the other called Munin, names which harkened back to the Norse god Odin’s two raven spies in the sky from viking religion and history.

Flying on the Hugin that day, the crew was composed of three men from the Swedish Air Force:

Also on board, in the back of the aircraft, there was a special Signals Intelligence (SIGINT) crew from the Swedish National Defence Radio Establishment (Försvarets radioanstalt, FRA). This crew was manning a range of British-supplied Electronics Intelligence (ELINT) gear:

Sadly, at 11:28 am local time, the aircraft would be shot down by a Soviet MiG-15bis just east of the island of Gotska Sandön in international airspace. All eight crew members were lost.

The Context of the Mission

Throughout much of the Cold War, Sweden was officially neutral.  The country was not a member of NATO and the government took the public stance that Sweden rested equally between the East Bloc and the West.  However, the public face of Sweden’s neutrality was in quiet conflict with the country’s actual covert policy and military activities.  Sweden was very closely aligned with the West — the neutrality stance was little more than a closely guarded sham for domestic public relations purposes.

In 1948 and 1949, in the early days of the Cold War, Sweden and Great Britain were engaged in extensive discussions on military-to-military cooperation.  In 1949, the two countries entered into an agreement and Sweden took on the covert role on monitoring Soviet military activities on behalf of NATO.  The cover story was that the agreement was only with Britain, even if everyone tacitly understood that the data collected was being forwarded to the United States.  Furthermore, electronics intelligence (ELINT) equipment was sourced from the United States, but always through Britain.

The Swedish Air Force outfitted two Tp 79 ELINT aircraft (US-built DC-3 transport planes) to fly signals intelligence gathering missions.  These were coordinated with the United Kingdom, and thus performed indirectly on behalf of NATO. On board the aircraft was a British-loaned, American-built AN/APR-9 ELINT radar signals collection system — one of the most sophisticated ELINT systems of its day which served as a D- through I-Band Radar Intercept Receiver (1 to 10 GHz band).  The system was considered Top Secret in the USA, having been developed by the Radio Research Laboratory (RRL) at the Radiation Laboratory at MIT on orders for the US military as part of its covert Cold War electronic espionage programs.

It wasn’t long before the Soviet Union objected to the flights and knew the full background.  Soviet knowledge was based on a tip from a carefully cultivated Swedish spy, a Colonel in the Swedish Air Force named Stig Wennerström who was serving as a military attache in the Swedish embassy in Moscow at the time. The Soviet Union thus began tracking Swedish FRA flights, further recognizing by their profile and frequency the type of mission being flown.

Likewise, by 1952 NATO overflights and reconnaissance missions against the Soviet Union dramatically increased in scope and frequency.  Concurrently, based on orders from Washington, DC (channeled through the British), the Swedish ELINT flight programs also expanded. For NATO and the US in particular, it was critical to measure Soviet air defense capabilities, specifically their ability to track and respond to potential missions by nuclear-armed USAF B-47 Stratojets that might penetrate Soviet airspace via the Baltic region.  Such planning and knowledge were essential if the Cold War “went hot.”

The expanded frequency and depth of the Swedish flights were of increasing concern for Soviet leadership.  Discussions ranged up and down the Soviet command structure as to what to do and how to best curtail Sweden’s clear and absolute shift into the NATO corner. The Soviets felt that it was time to convey to the Swedes that there would be serious costs associated with siding so openly with the West — a line had been drawn and the Swedes had crossed it.  The Soviet Union would no longer tolerate such a wide expansion of Swedish ELINT activities on behalf of NATO.

At first, the Soviets attempted a measured, political response — they issued official statements regarding the Swedish flights, indicating that they were considered an extension of NATO operations, which would not be tolerated.  The Soviet messages included a timely reminder to Sweden that in 1950, the Soviet Air Force had downed US reconnaissance planes in the Baltic. The tone was clear, that Swedish flights would be treated the same way if they were not curtailed and/or reduced to pre-1952 levels.  This constituted a clear and unequivocal threat, but one which the Swedish military and government chose to ignore.

Therefore, the Soviets felt that they had no choice but to make the point in particularly harsh terms.  A decision was reached to shoot down one or both of the Swedish intelligence aircraft.  Ultimately, Soviet General Sjinkarenko issued the order to a Baltic-based MiG-15 squadron to intercept and destroy the ELINT aircraft. 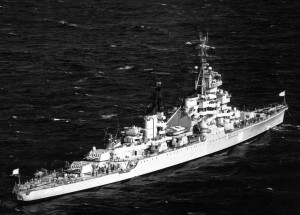 The mission of the Tp 79 Hugin that day would take off from Bromma, fly out into the eastern Baltic Sea before turning for a long endurance leg down the coastline of the East Bloc’s Baltic states and Kaliningrad, the strategic Russian exclave sandwiched between Poland and Lithuania on the Baltic Sea.  In the early morning hours of June 13, 1952, the Swedish Tp 79 aircraft was planning on making a fly-by of what was then a brand new Soviet Navy type of naval cruiser, the Sverdlov class, which had earlier set out into the international waters of the Baltic Sea.

Though the Swedish government remains quiet on the issue (even to this day), evidence points that the mission of the Tp 79 Hugin that was to take pictures and try to capture ELINT signatures from the new Soviet ship’s radar systems, and thereby determine what type of equipment and what capabilities might be on board.  By comparison, the usual mission involved monitoring Soviet military communications, specifically Soviet Air Force communications.  This was done by flying down the coastline while collecting signals intelligence with the AN/APR-9 system.  The very presence of the Tp 79 Hugin flying such a mission would ensure that Soviet air defense communications and radars would activate, giving the Swedes a good window into evolving capabilities.  The overflight of the new Sverdlov cruiser would prove the final straw that precipitated the Soviet’s final hostile response.

As always, the entire flight of the Swedish aircraft was flown in international airspace.  No fighter escort was tasked to cover the aircraft — the mission was considered routine and low risk. In fact, Sweden’s air force and FRA had been flying the missions for several years without Soviet interference.  In the first half of 1952, the increased operational tempo had also not been met with any Soviet interference.  Unbeknownst to the Swedes, however, with cold and calculated intent, the Soviet high command had already ordered the plane be shot down.

Without warning, at approximately 11:23 am, a MiG-15bis piloted by Soviet Air Force Captain Osinskiy rolled in on the aircraft and rapidly closed the distance. Osinskiy lined up on an easy target — a big twin-engined cargo plane that had been converted to intelligence gathering purposes. At the last moment, the flight crew realized that the MiG was attacking.  Quickly, they transmitted a distress call to the Swedish Air Force squadron (F 2) at Hägernäs.  The message, however, was cut short by a burst a cannon fire from the MiG.

The Soviet MiG pressed the attack and approximately five minutes later the Swedish aircraft, fatally stricken and on fire, fell into the sea with the loss of all eight men.  The MiG-15 pilot reported that he observed at least one person parachute from the burning plane.

The Swedish Government blamed the loss of the aircraft on the Soviet interception.  The weather was good that day and the aircraft had only just minutes before its distress call reported in with a normally scheduled transmission. Subsequent intelligence reports drew on other sources to confirm the Soviet attack.  Two days afterward, a life raft from the aircraft was recovered — it carried Soviet shell shrapnel from the MiG-15’s cannon. The evidence was now conclusive.

Despite the magnitude of the political issue the attack created, Swedish Prime Minister Tage Erlander was not willing to release the details of the intelligence mission to the Swedish public.  The matter was extremely sensitive.  The public was largely of the opinion that Sweden had adopted a neutral stance in the Cold War, even if it was widely recognized that the country was West leaning, at least on a political basis. With eight men lost, however, the government needed to release a statement.  Therefore, in the first steps of a 40 year cover-up that would follow, they claimed that the Swedish Air Force Tp 79 Hugin plane had been lost on a “navigation training flight.”

Some members of the public, however, suspected that the loss might have been the result of military action. What nobody knew was that the matter would quickly escalate — the Soviets weren’t finished with sending their military messages to the Swedish government.  Another aircraft would be shot down just days later.


Excellent story! The choice of topics and the narrative are so good, that your daily Historic Wing message is something to look forward to.