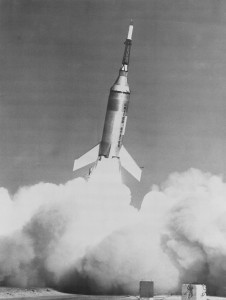 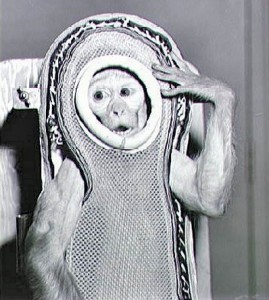 The rhesus monkey named “Sam”, seen encased in a model of the Mercury fiberglass contour couch during the work up for the Little Joe 2 launch in 1959. Photo Credit: NASA 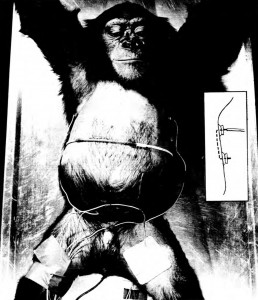 
It’s amazing that little Sam survived! That you for putting all this together it was very interesting, makes you realize how far we’ve come in such a short space of time.