With the assistance and research of C. Mark Sublette, we present a short list of our top ten aircraft wrecks from the World War II era that are potentially awaiting recovery. Some are in known positions, within yards, others within a few square miles. Some are “out there” somewhere. A few are special cases that call out for recovery, not due to the value of the aircraft, but rather due to the fact that the remains of the pilots, aircrew and others may yet still remain entombed in the wrecks. They deserve recovery and a proper burial with full military honors. 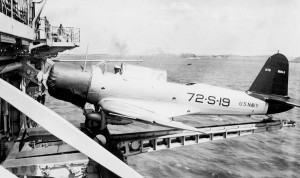 On April 23, 1941, a US Navy Vought SB2U-2 Vindicator, BuNo 1363, flying with VS-71 from the USS Wasp (CV-7), crashed into a peat bog near Invergordon, Scotland. The aircraft was launched from the USS Wasp to make room for a squadron of Spitfires needed for transport to Malta — note that this was well before the entry of the USA into World War II. Lost in the anaerobic, preserving environment of a peat bog, the aircraft could be recovered and restored, though it was likely badly wrecked from the crash. Squadron records make note that the pilot, Ens. Jackson, was left inside the aircraft, which was reburied as it was too deep to recover. In the back of the aircraft, the body of Aviation Machinist’s Mat Atchison, was recovered and given proper burial.

Status: Known location, wrecked badly, recoverable, and nearly unique. Note that the US Navy does not relinquish rights to the aircraft. The body of the pilot should be recovered in accordance with US Military policy, as he was never properly buried with the military honors he deserves. 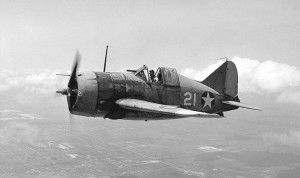 On January 29, 1941, a little more than ten months before the USA entered World War II, a Brewster F2A-2 Buffalo flying with VF-2 off of the USS Lexington (CV-2), was lost near Oahu, Hawaii. During dive-bombing training, the pilot lost both ailerons while attempting to pull out from what was reported to be a 400 mph, 45 degree dive. The pilot bailed out successfully and the aircraft struck the water and crashed.

Status: Never found, wrecked badly, recoverable, and nearly unique. Note that the US Navy does not relinquish rights to the aircraft. 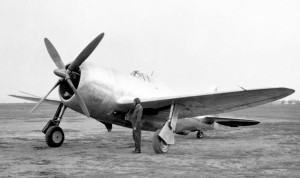 On August 8, 1942, the prototype Republic XP-47B Thunderbolt, 40-3051, took off from Republic’s airfield at its factory at Farmingdale, New York. The aircraft’s tail wheel was left extended, leaving in the wake of the superheated exhaust gases from the engine’s supercharger. The tail wheel’s magnesium hub caught fire. The pilot subsequently retracted the tail wheel, unaware of the fire, which then spread to sever the control rods in the tail. The test pilot, Fillmore “Fil” Gilmer, bailed out successfully. The prototype Thunderbolt crashed into the Long Island Sound. The crash was kept secret as the aircraft was a new design. The wreckage has never been located. 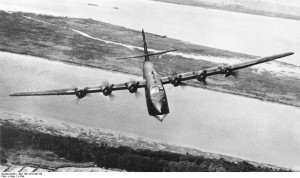 During February 1943, a Luftwaffe Blohm & Voss BV 222 V1, X4+AH, from Lufttransportstaffel 222 (LTS 222) struck a submerged wreck on landing at Piraeus harbor, Greece. The aircraft subsequently sinks and is never recovered.

Status: Never found, only partially wrecked with much of the airframe in good shape at time of sinking. Salt water deterioration is likely significant. Unique today in the world. 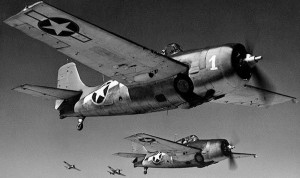 On June 2, 1943, an F4F Wildcat is lost while on a training flight off of the aircraft carrier USS Lexington. While flying over the Gulf of Paria,Venezuela, the aircraft develops a severe oil leak and the pilot, former Heisman Trophy winner (1939) Nile Kinnick ditches the aircraft near the aircraft carrier. Sadly, his plane sinks before he can exit the cockpit and he perishes. Note that Kinnick Stadium at the University of Iowa is named in his honor.

Status: Never found, ditched in good condition, recoverable. Note that the US Navy does not relinquish rights to the aircraft. The body of the pilot should be recovered in accordance with US Military policy, as he was never properly buried with the military honors he deserves and remains listed as Missing In Action (MIA). 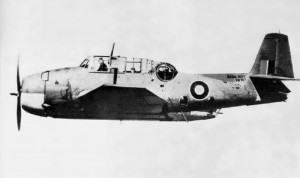 On August 16, 1943, a Royal Navy Grumman Avenger I flying out Naval Auxiliary Air Facility, Lewiston, Maine, suffers engine problems and is forced to ditch into Sebago Lake, close to Raymond, Maine. The ditching is successful and the crew exits safely and is rescued. The plane sinks in near perfect condition into the deep of the lake, a freshwater, cold lake. The aircraft was never recovered. 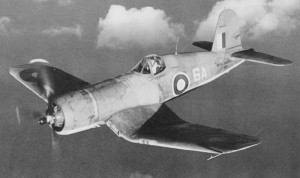 On July 16, 1944, yet another Royal Navy aircraft, a Vought Corsair I, flying out of NAS Brunswick, Maine, crashed into Sebago Lake, close to Raymond, Maine. Royal Navy records have not been researched as to whether the pilot bailed out successfully.

Status: Never found, crashed and likely wrecked in the process, likely very well preserved in the bottom of the lake, easily located with modern sonar equipment, very recoverable. The pilot’s remains, if indeed there are any, deserve recovery for a proper burial with full military honors. 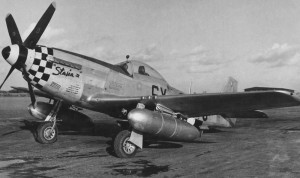 On October 26, 1944, a North American P-51D-15-NA Mustang, 44-15669, takes off into the fog from Mines Field, Los Angeles, California. Likely lost soon after take-off due to disorientation, or possibly lost en route due to some type of inflight failure or loss or control. Lost and still MIA is WASP pilot Gertrude Tompkins Silver of the 601st Ferry Squadron, 5th Ferry Group. A paperwork error delays the search for several days, no trace is found. She is the only WASP pilot still listed as MIA. 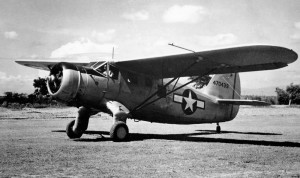 Status: Never found, probably difficult to locate, even with modern equipment. A priceless find. The remains of the three men deserve recovery and proper burial with full military honors. 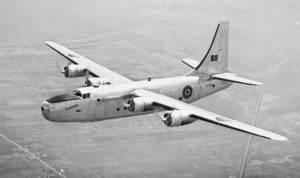 On March 27, 1945, Winston Churchill’s personal aircraft, a RAF Consolidated LB-30 Liberator II, AL504, nicknamed “Commando”, disappeared between the Azores while en route to Ottawa, Canada. Somewhere in the Atlantic Ocean, the aircraft may never be found, even if the route of flight can be estimated. Obviously, the British Prime Minister was not aboard at the time of the loss.

Status: Never found, probably very difficult to locate, even with modern equipment. High probability that the aircraft ditched rather than suffered an inflight break-up, yet that is unknown. A priceless find; the British air crew deserves recovery and a proper burial with full military honors.

The aircraft published on this list are all likely recoverable, some in better condition than others.  Some will be very hard to locate, while others, such as the two aircraft in Sebago Lake in Maine, would likely be easy to find using modern equipment.  Above all, we hope that whoever wishes to seek out these aircraft does so with good intentions, within the law, and with full respect for the archaeological treasures that they are.

Most critically, we call on the Department of Defense’s POW/MIA Office to open a file on those listed above where there can be found the remains of fallen servicemen.  These aircrew members deserve a proper burial with full military honors — a commitment that this singular office within the Pentagon has always maintained in the finest traditions of the United States of America.

If any organization or individual wishes to recover them, we request that you contact us here at Historic Wings — we would like to follow your progress and assist in any way possible with your research.  Please contact us at:  hw@historicwings.com.